As every proud pet parent can tell you, when a piece of food gets on the floor, it’s as good as gone. No matter how hard you train your pets, it’s almost impossible to prevent them from eating whatever tasty snack they can get their paws on once it’s within their reach. Sure, obedient dogs can reach a level of discipline that stops them from eating unless they’re allowed to, but that only seems to work when their favorite human isn’t watching!

The hilarious video that we brought to show you below was uploaded by user MrPhu9, and it shows his adorable Golden Retriever as he tries to take a snack that he definitely shouldn’t have tasted. A lemon was lying on the kitchen floor, near the place where the doggy and his dad were hanging out, and it caught the dog’s attention right away.

You must know the feeling of tasting something a little bit too sour all of a sudden, but it seems like the dog was having it for the very first time, and it’s down-right hilarious! He’s a very expressive and charismatic dog, and he’s not shy to show how he feels at all.

You can enjoy this hilarious dog’s reaction in the clip just below here. 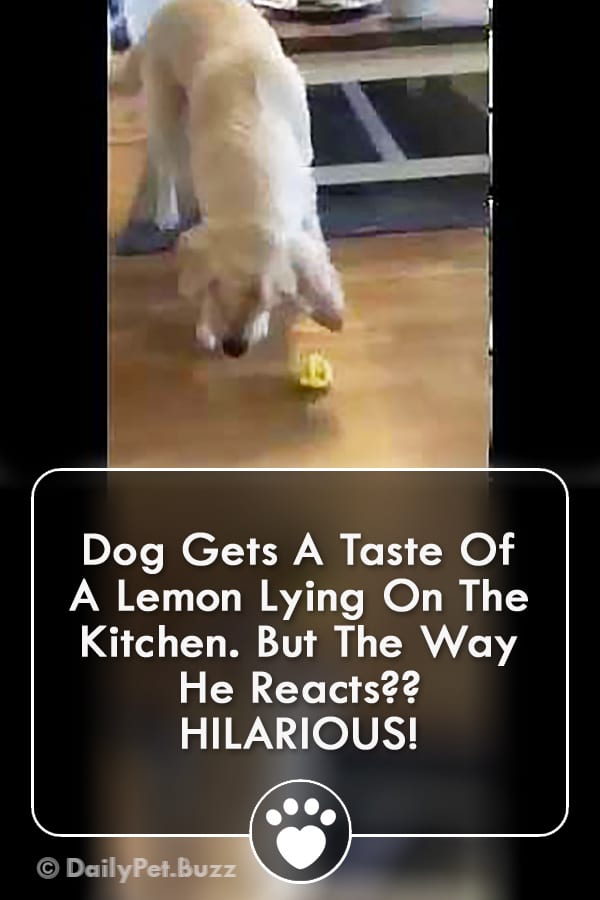