Do you ever wonder what happens to your pets when they pass on? A movie called ‘A Dog’s Purpose’ takes a look at that, though through a very family-friendly lens. It stars Dennis Quaid and a whole bunch of different dogs. There are some sad moments, but there’s funny parts and it ends on a positive note. The video here shows the trailer for the movie for its theatrical release, but it should be on streaming services sometime in the summer of 2017.

We see a golden retriever named Bailey go through life at first as a puppy with his best buddy, a boy named Ethan. He gets older and finally is put to sleep, only to wake up as a police dog. Almost like Scott Bakula in ‘Quantum Leap’ , he goes from dog to dog until he meets up with an adult Ethan – where he stuns him by recreating a trick that the puppy Bailey did many decades ago. Very thought-provoking.

It would make sense that these animals go through different lives. My cats still act like they are from the Ancient Egyptian times, when cats were revered. That might explain their sense of entitlement sometimes. Actually, not ‘sometimes’ , more like ‘all the time.’ It’s an interesting idea that Bailey would go through several incarnations and reunite with his friend after all those years. Maybe my old dog is waiting for me somewhere in the form of another dog.

Although controversy may have marred its theater run, perhaps it will find another life (pun intended) when it makes its way to streaming video and DVD. Families may purchase it, since many kids love watching things over and over and $20 might be worth it to them to not have to keep renting it over and over. It will also probably be shown often on a family network in the next year or so.

Did you see the movie? What did you think of it? Tell us your thoughts in the comments section! Also, please ‘Like’ us on Pinterest. 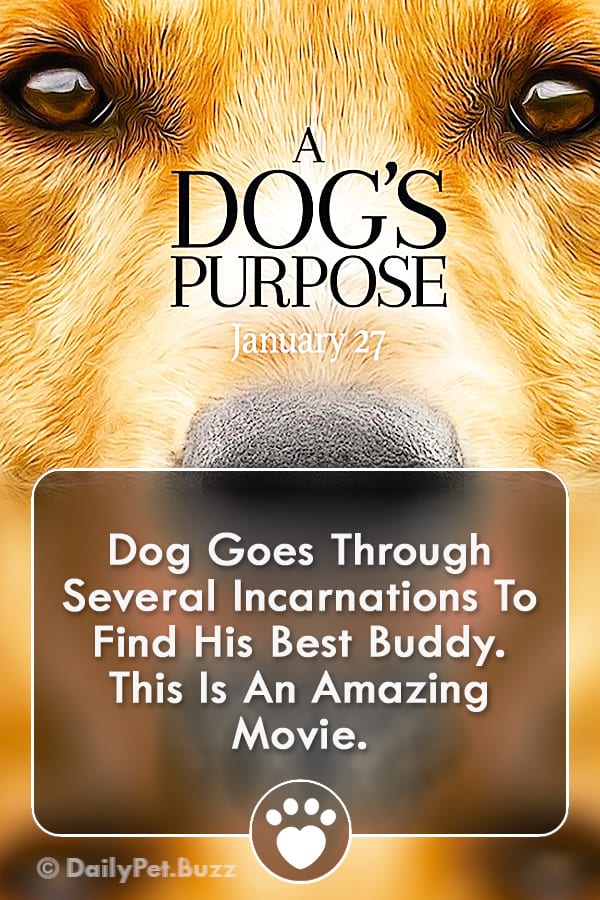