Being a nurse, Janet Wilhelm had spent plenty of time in the hospital, but not often as a patient. After breaking her hip, that’s where she ended up. But the really remarkable thing is who rescued her: a lovable black Labrador named Mabel.

One day, Janet was in the garage packing up some dog food, ironically enough. She slipped and fell, landing hard and breaking her hip in five places. She was in agonizing pain and completely unable to move. Worse, she had no cell phone with her and nobody else was home. Well, not quite nobody. Her four-legged friend Mabel trotted over to see what was going on. “So I grabbed her collar and she started backing up toward the house, inside the house. And I was like, ‘What is she doing? She’s just trying to get away from me,’ that’s what I thought. It was one of those moments where you’re like, ‘Am I going to get out of this ?'”

But soon Janet figured out what Mabel was up to. Mabel was actually dragging her toward the house so she’d be able to call for help! This was one determined dog: it took an hour and a half to cover the 20 feet necessary to get her within reach of a phone. “I was so happy she was there. I was like, ‘Good girl, good girl. I love you, I love you.’ I was just so happy.” If the loyal dog hadn’t come to Janet’s rescue, she might have been lying there for eight hours or more. The dog may have literally saved her life and at the very least made her recovery much easier than it otherwise has been.

This was a case of the rescued becoming the rescuer. Mabel was a rescue dog who was just returning the favor. 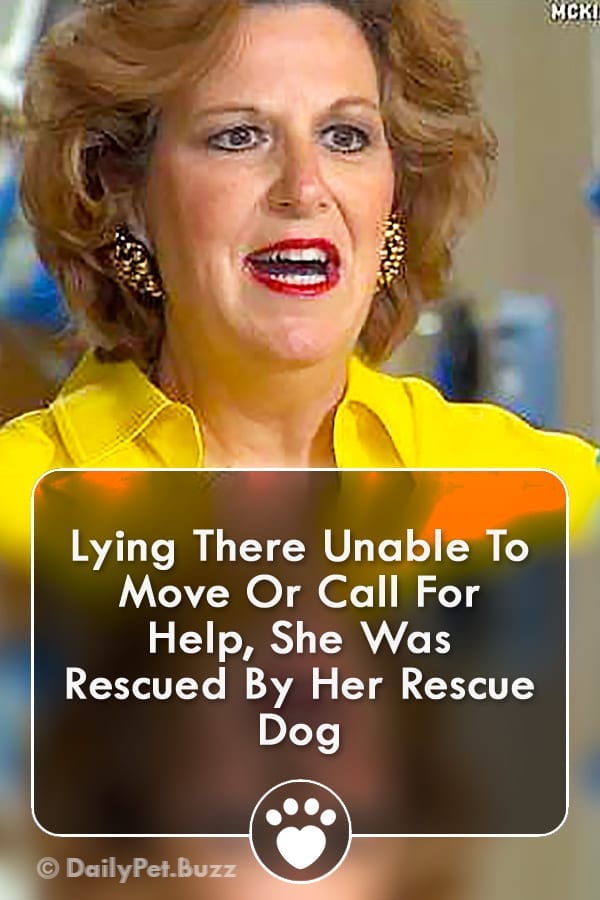