Sometime earlier in the year, a little dachshund called Razor assisted the rescuing teams that had been sent to save his best friend who is a huge Saint Bernard dog called Jazzy who got herself stuck in a ditch. You won’t believe what he does to save his best friend. Jazzy ran away from her enclosure when she was not being supervised, and she eventually got stuck in a mud bank in Belen, NM.
Being as close as he is to her, Razor started running frantically to try and alert Tim, the human that adopted both of the dogs, of the emergency that was going on, but it was useless. Tim never thought that the normally bouncy and playful dog would be alarmed about something and he didn’t take Razor seriously. After Tim went to work normally, Razor knew that he would have to save Jazzy himself, and got the attention of a stranger on the street so that he would follow him to where his friend was stuck.

The kind stranger called 911, and a team of firefighters and police officers were deployed to save the dog. She had been stuck there for hours, but after all that effort, she found herself back with her best friend in the world once again. The firefighters themselves say that they have never dealt with something like that before. Razor was decorated for his amazing deed later, as well he should be because his quick thinking and courage saved his best friend in the world.

You can see the full incredible dog rescue story, in the video featured just below, and if you enjoy it, be sure to share it on social media. 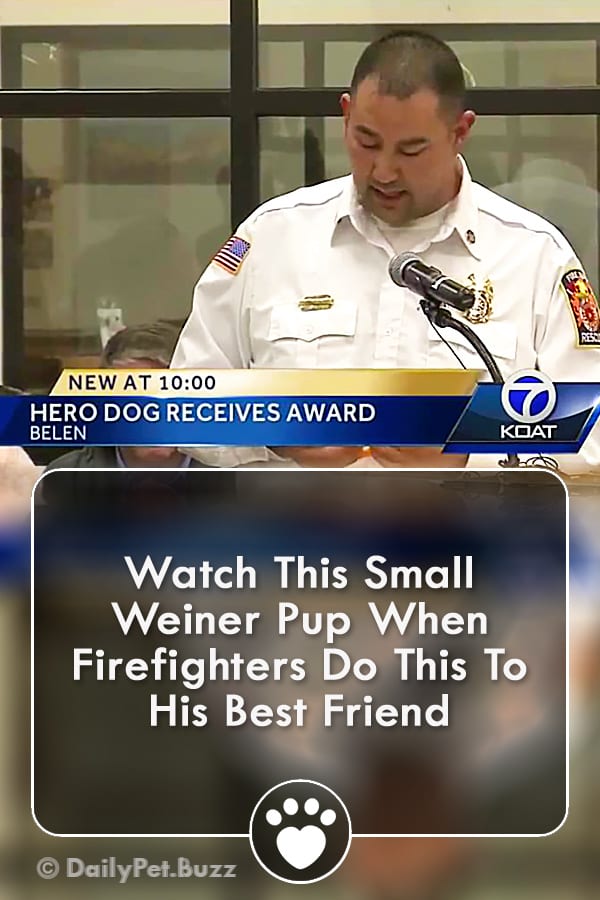