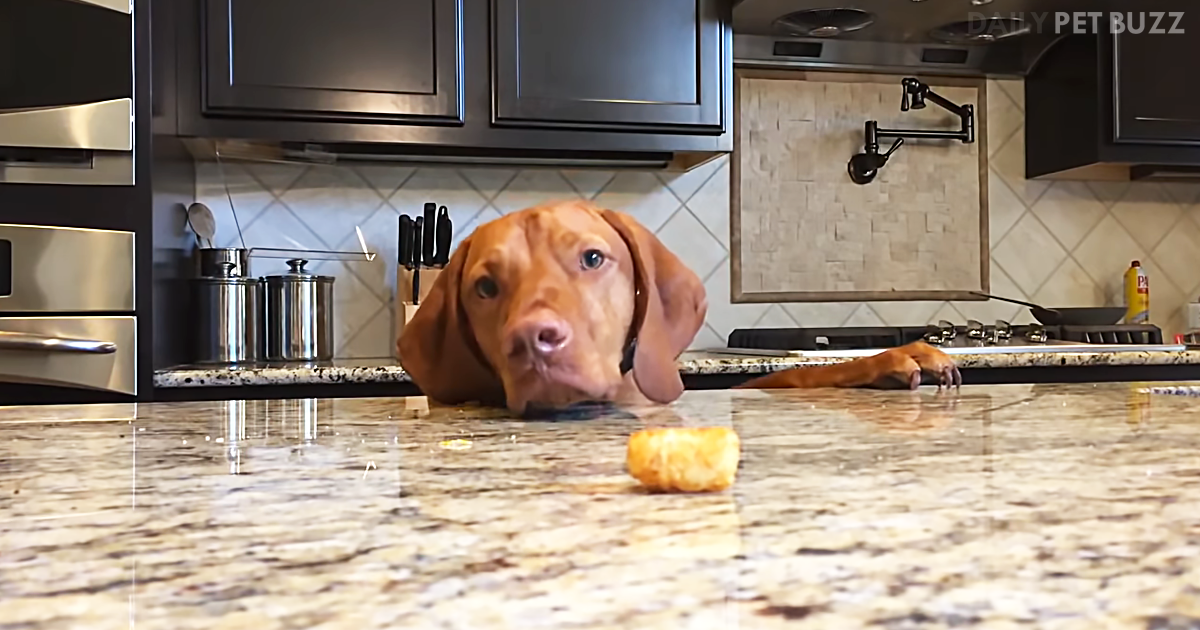 Dogs are a tenacious bunch. When they see something that they want, they will practically stop at nothing to get it. Nothing compares to this video here of a pooch making a valiant and yet futile effort to get a treat we all love.

We see a dog standing near a kitchen counter that has a tater tot on it. Whether it’s just randomly sitting there or it’s been placed for the purpose of this video is up to your interpretation. The dog wants that tater tot, and he’s going to do everything short of jumping on there to get it.

Chris Cohen, the person who uploaded it but not the one who filmed it, gets in the dog’s head as he makes futile attempt after futile attempt. I nearly spit out my drink twice while watching this. The first time was when he had the dog say, ‘Maybe if I suck it with my nose – ‘ and the second time was when he said, ‘What would Liam Neeson do?’ Hilarious video.

I hope the doggie got his tater tot at some point, because he earned it, darn it. Cohen had to point out to people that commented about the shock collar and the long nails that it’s not his dog. Maybe those people can see the comments. That withstanding, this is a very funny video, and if you want to join in the giggles, be sure to click on the video below. 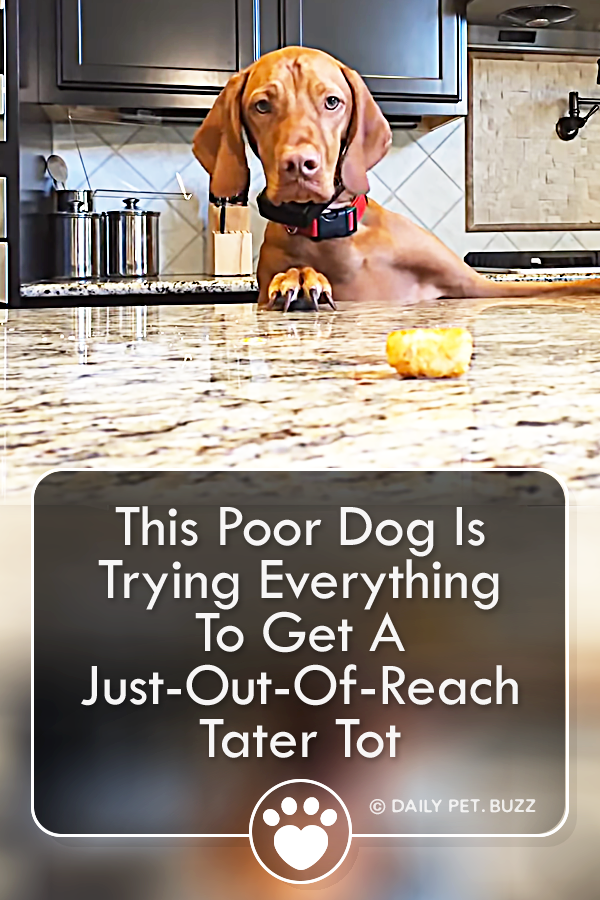