As you get older, sometimes life feels like one of those country songs ” losing the people you love. A grandfather lost his wife and his dog in the span of a short amount of time. Losing one of them is tough enough, but both of them? That would send a lot of people into a tailspin. Having a loving and supportive family surrounding him was the most important thing to ensure his well-being. Look what they did here in this video.

We see the son, a man named Davy Vanhaesendonck sitting with his family in a car ” he’s speaking in Spanish, but there are subtitles. He’s explaining that they are driving up to see the grandfather, who is an inconsolable wreck after what’s happened. Who can blame him after losing the love of your life and your dog? They do have a surprise for him ” another dog! They get out of the car in front of his place and go through his door.

The sight that greets them is a weeping man sitting at his table. He’s still clearly grieving. It’s not something that one can get over at the drop of a hat. His family is going to do the best they can, though. They have a puppy with them ” and his eyes light up at the sight of this little Yorkie! Now he has something to keep his mind off his troubles. Then again, he’s possibly getting some new ones in return.

First of all, he’s no spring chicken himself. Puppies are active and quite demanding in both attention and care. Hopefully, his family will be making many pilgrimages to his place to help him care for the dog, named Snoopy. Otherwise, he may be calling them at some point to ask them to take Snoopy themselves, which is not fair to the little pup, who has no control over where he lives.

Davy did have his dad’s best interest at heart though ” he wanted him to not be lonely anymore. Whatever happens after that, just remember that. What do you think of all this? Tell us in the comments section and ‘Like’ us on Pinterest. 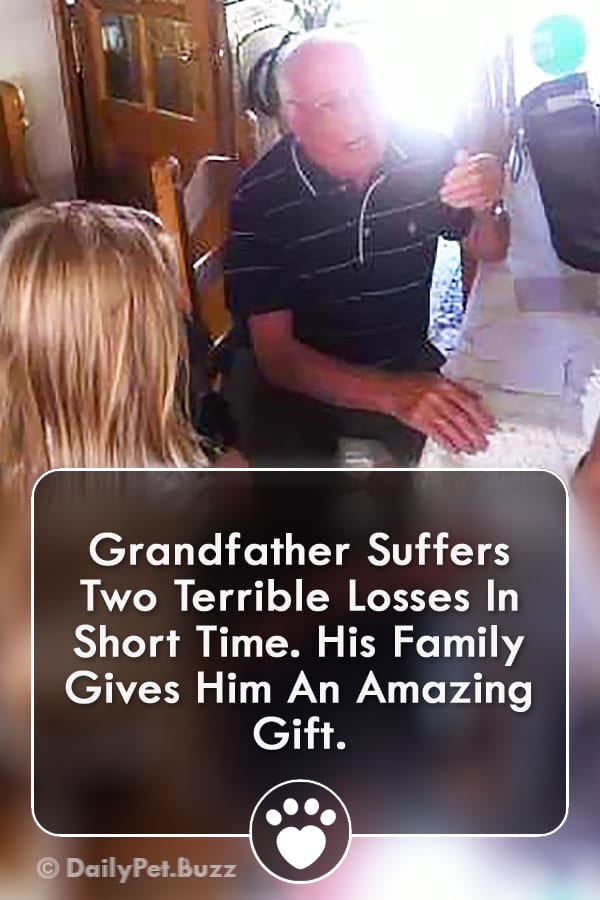