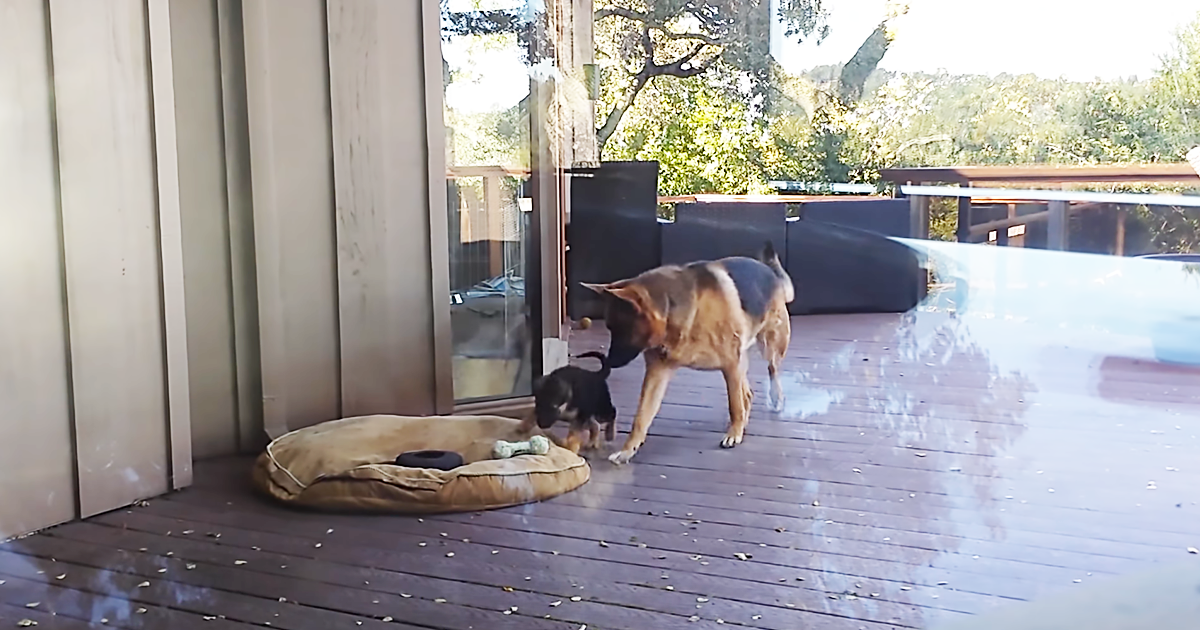 Most kids, when they are younger, will have a scheduled nap time, but sometimes getting them to comply with the rules can be challenging. Only when you are older, do you really appreciate the beauty of a nice long nap. (Don’t deny it, you live for those elusive nap times).

The German Shepherd momma featured here can certainly relate to the problems most parents face in getting the child to settle down. She is trying to get her puppy to take his nap, which turns out not to be an easy task.

When the video begins, the mother dog is lying on the deck next to her puppy’s doggie bed. The puppy is in bed and is, no doubt, supposed to take a nap. But the puppy has other ideas. He would rather play with his ball and have fun!

So, when the puppy thinks his mother isn’t watching, he starts to run off. LOL! I can relate 🙂 Well, the mother dog wasn’t fooled. She immediately got up from where she was lying and went after her puppy. She led the puppy back over the doggie bed as if saying, ‘it’s not time to play; it’s time to take your nap, darling.’ Check out this adorable scene in the video we have posted below. 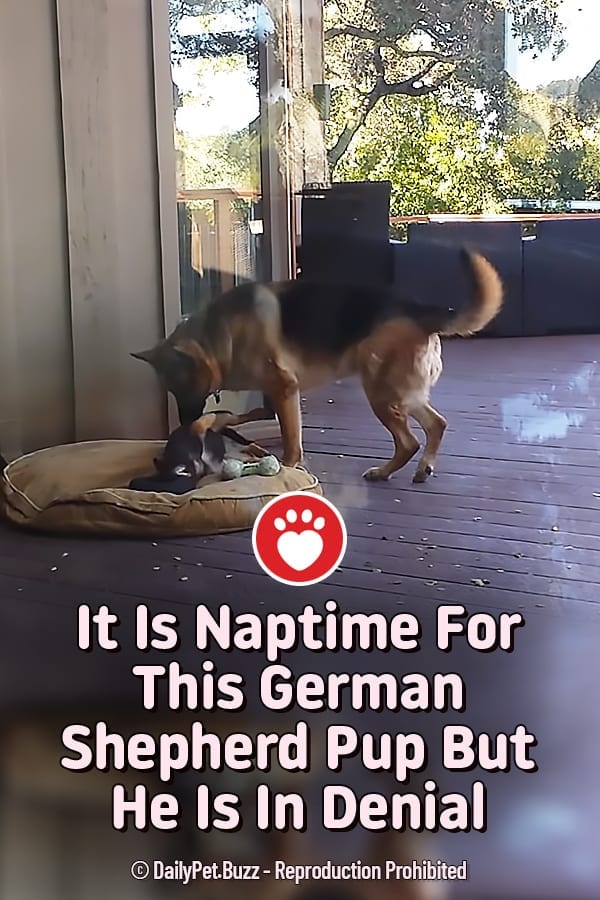