Are dogs really loyal and obedient? This video will make you question this as this messy, hyper kinetic dog will do exactly the opposite! I laughed all the way through this video. This dog is surely something. I am going to place a camera in my house to see what my dog does when he is home alone.

This messy dog is not allowed to sit in the bed, but the owners suspected he was not so obedient, so they set up a camera to find out what he does when they leave. And it is hilarious. As soon as his owner leaves,  we see this beautiful bulldog come to the edge of the bed. Then he slowly jumps onto the bed.

He roams around on top of the bed once and then suddenly turns hysterical. Rubbing his body against the bed, he does all sorts of mischief and mayhem. He rolls and rubs and scoots. He must love the feel of the blanket. He tries to be still and rest his head on the armrest, but he can’t resist rolling around.

I can’t stop laughing when he moves to the cat and she paws him.  He moves closer to inspect the cat and give the cat a sniff, and the cat swats at him with such disdain! Hilarious! This playful dog just won’t stop!

After doing everything possible in the bed he joins the cat and enjoys the view from the window while standing on the bed. I’m sure when the owners pull up in the driveway, he will jump down and look innocent.

This dog is a truly a rebel. Watch this funny video and give us your feedback through the comments! 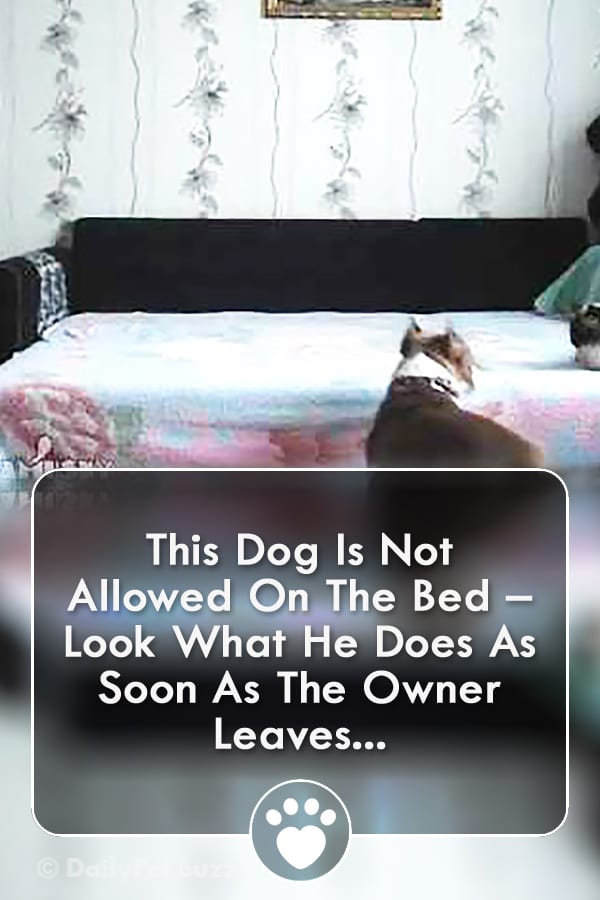