Dog shows give our canine friends the opportunity to show off their good looks and perfect discipline. Or at least that’s how it’s supposed to go. At a major dog show in England, an adorable and absolutely hilarious Jack Russell named Olly went off script.

Charles Cruft was a British showman but he got his start in the dog biscuit business, rising from office boy to bookkeeper and eventually became a salesman and promoter. In 1886, Cruft ran “The first Great Show of all kinds of Terriers” and in 1891, it was expanded into a dog show for all breeds. Today, more than 125 years later, Crufts is the biggest dog show out there. The annual canine extravaganza features the traditional “best in show” competition, as well as contests for agility, discipline, and even a canine version of a relay race.

Olly was at Crufts to perform in the rescue dog agility event. What he was supposed to do was make his way over various obstacles in a systematic, orderly way and within a set period of time. But Olly, it seems, is a free-spirited fellow. Instead of sticking with the script, he decided to improvise and have a great time in his own way. With totally adorable exuberance, Olly had the time of his life, taking on the obstacles in whatever order he pleased. His human was desperately chasing after him, trying to get him under control, but to no avail.

As you’ll see in the video posted below, not even a professional announcer could keep his composure. Amid bouts of laughter, he reported: “When he’d got to his home, they changed his name to Loki, then changed it to Olly, so he’s probably a bit confused. Some people think he should have stayed as Loki as he’s an absolute handful. Olly is totally crazy. As you can see, he’s having a ball. Loves life and exercise.”

Little wonder this video has over 11 million views. Did it have you cracking up, too? We’d love to hear about it in the Facebook comments. Don’t forget to like and share! 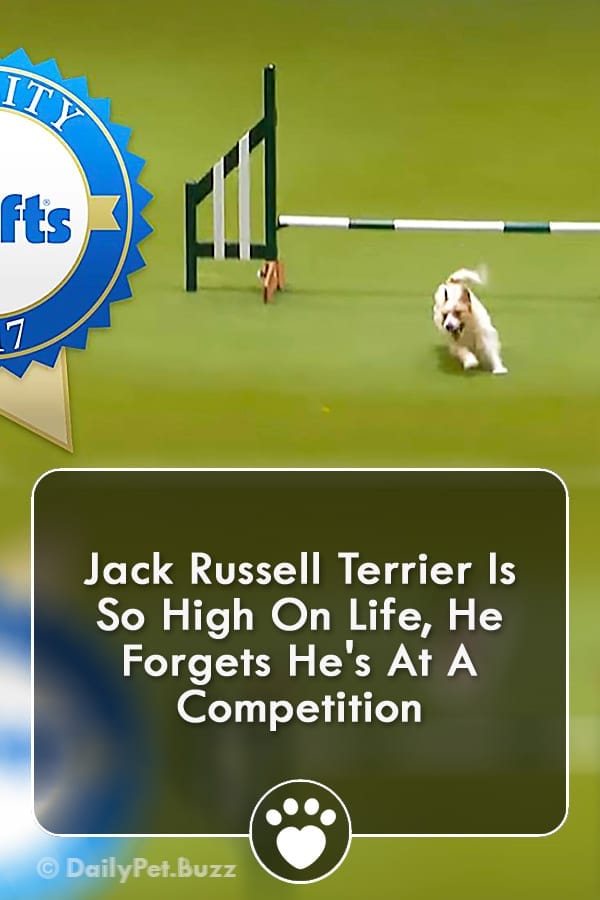