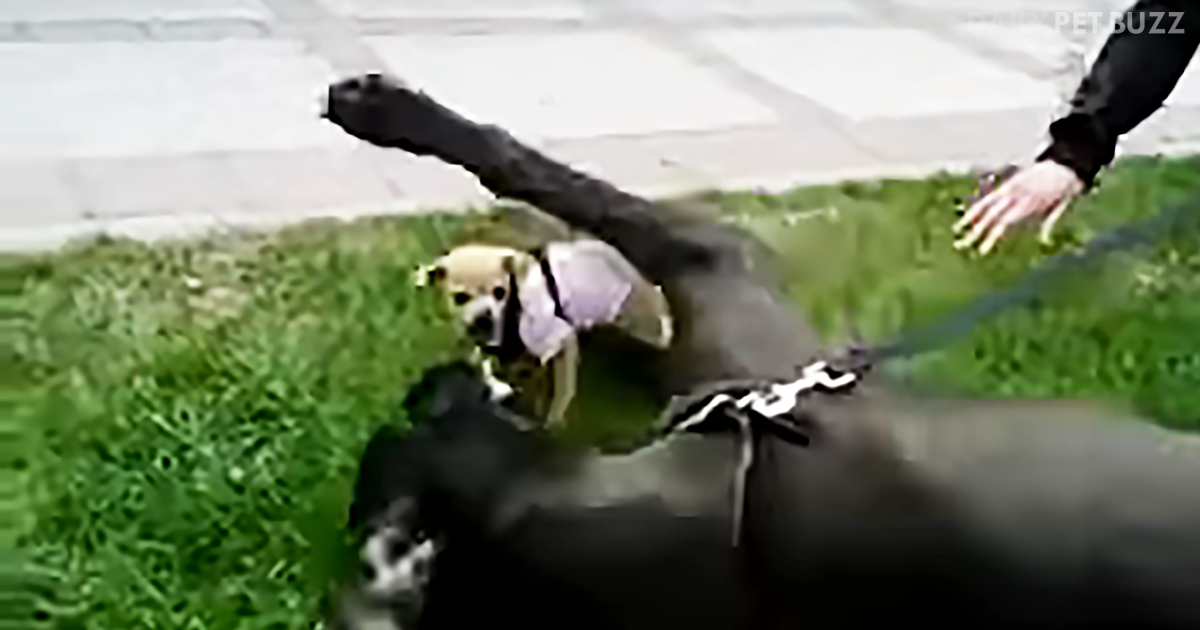 It’s called “small dog syndrome.” Big dogs have a way of feeling secure and representing confidence incarnate. Small dogs, however, are little bundles of insecurities. The typical way a small dog resolves this is by going a little funny in the head and becoming convinced it’s bigger and stronger than it really is.

A small dog’s attempt at punching above its weight can potentially have disastrous consequences, but it’s often really funny. If you were asked to name a small dog breed, the Chihuahua might be the first one to come to mind. How about a big breed? The Great Dane, of course.

A fully-grown Chihuahua, if that isn’t a contradiction in terms, weighs about 5 pounds. A garden-variety Great Dane tips the scales at around 150 pounds. That is to say; a Great Dane outweighs a Chihuahua by something like 30 to 1. The yawning gap in size is what makes it particularly funny (and cute) if a pint-sized Chihuahua and an enormous Great Dane become friends and do some friendly sparring.

In the video posted below, you’ll see a scrappy little 12 week-old Chihuahua named Lilly, who’s made friends with a Great Dane named Vago. The two of them met up at The Forks, a park in Winnipeg, Manitoba. We have no idea what bone Lilly had to pick with Vago. It’s possible she just wanted some play fighting. In any case, the way she jumps around and waves her paws ferociously is downright hilarious. Her aggressive barks sound more like chirps from a bird.

Fortunately, Vago is a perfect gentleman and a gentle giant. He plays right along, batting at Lilly with only a tiny fraction of his potential strength. This really is a cute video – one of those you go back and watch when you need a perk-me-up clip. Check this funny duo out in the video below. 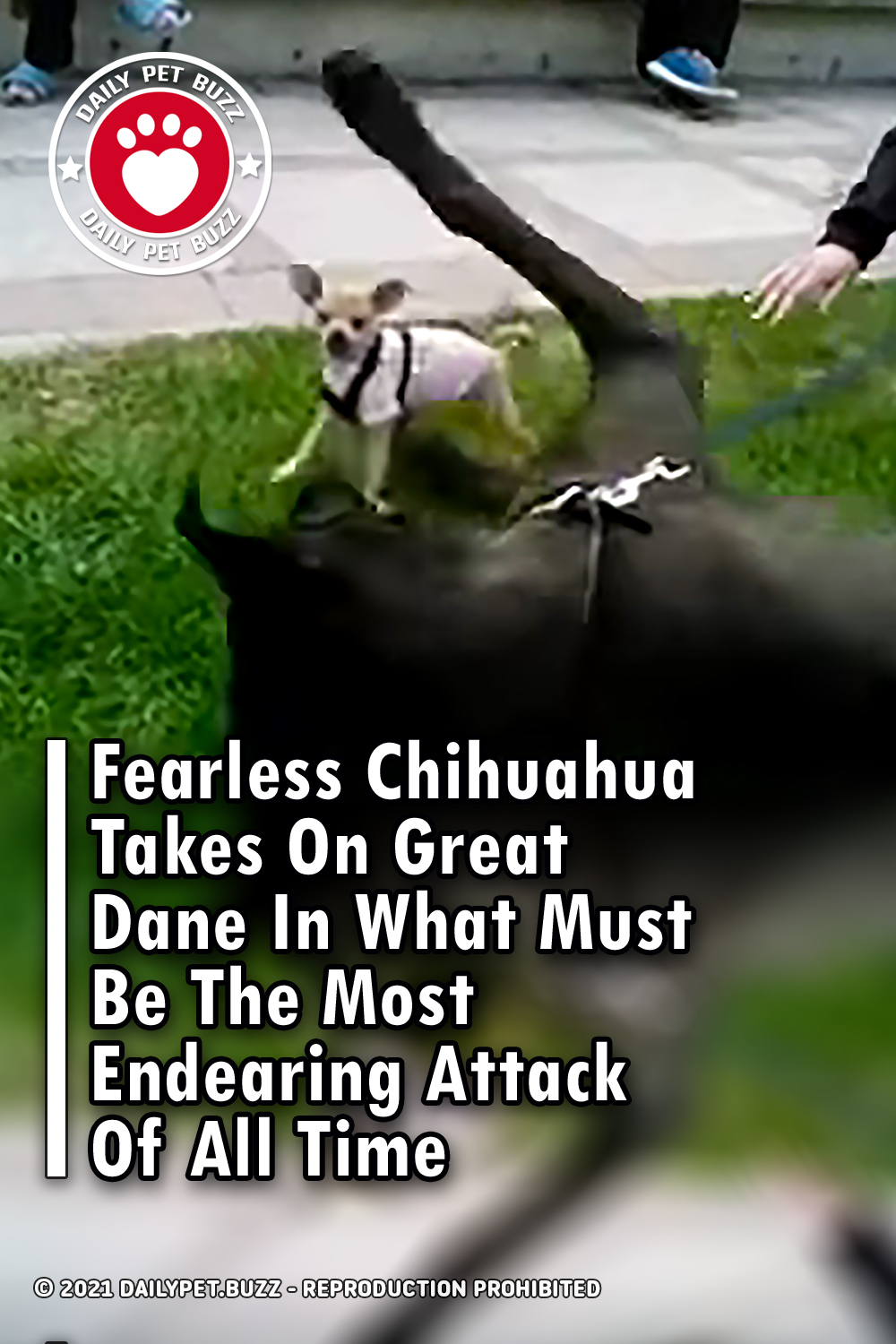