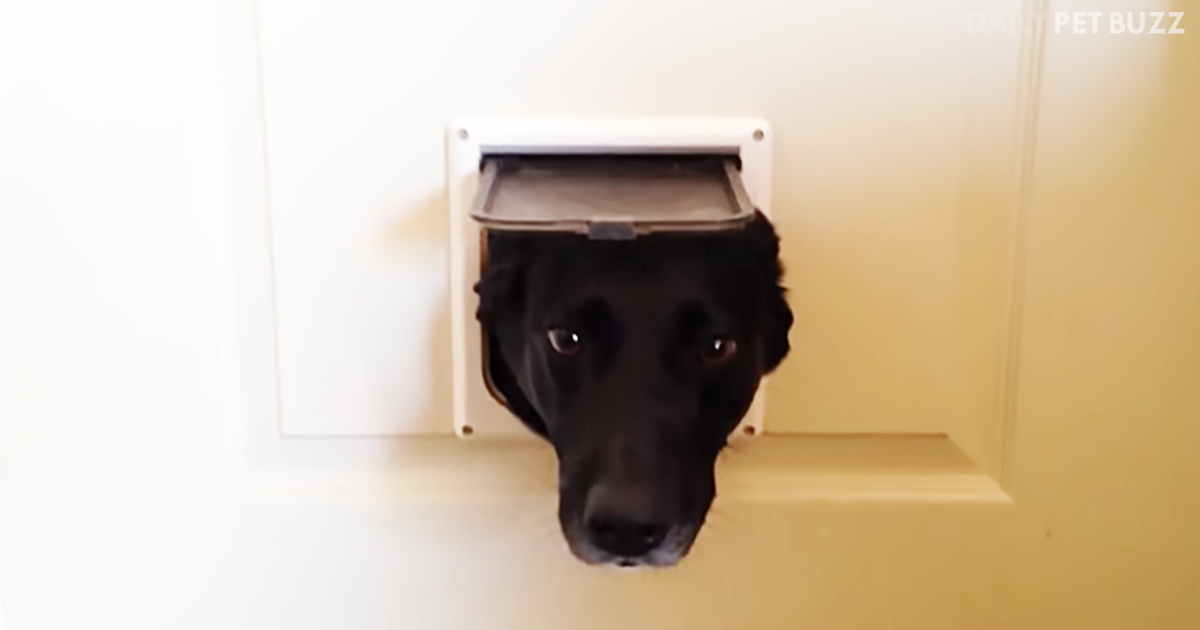 Lots of people have “cat flaps” on their doors to allow their responsible kitties an opportunity to go outside when they need to. However, the cat flap is not just as handy a doorway for more than just your lovable kitty.

A group of very amused friends started filming when a darling pup popped his head through the cat flap, dog bone in tow. There was no way his whole body would fit through the flap, but he doesn’t seem to care. But what comes next is truly going to make you giggle.

When the pup bearing gifts pops his head back out, another dog sticks his head through the flap. This time we have a black labrador looking pup – no bone being brought as a gift, though. First, the young Labrador pup, then the bigger one, will have you laughing like the friends in the video.

But, like one of those as-seen-on-tv ads, wait – there’s more. Still laughing from the first two pooches popping in to say hello, it was utterly hilarious when a third pup pops her head through the cat-flap, too. This time, a beautiful Golden Retriever wants to say hello also.

Finally, the younger pup pops his head back through again and gives his new friends some seriously cute puppy-dog eyes. So innocent and darling! I honestly get the impression that these pups are not related to anyone in the house that they are visiting, which actually makes this all the funnier. Don’t miss this delightful interaction with three pooches popping their heads through the cat-flap just to say hi. 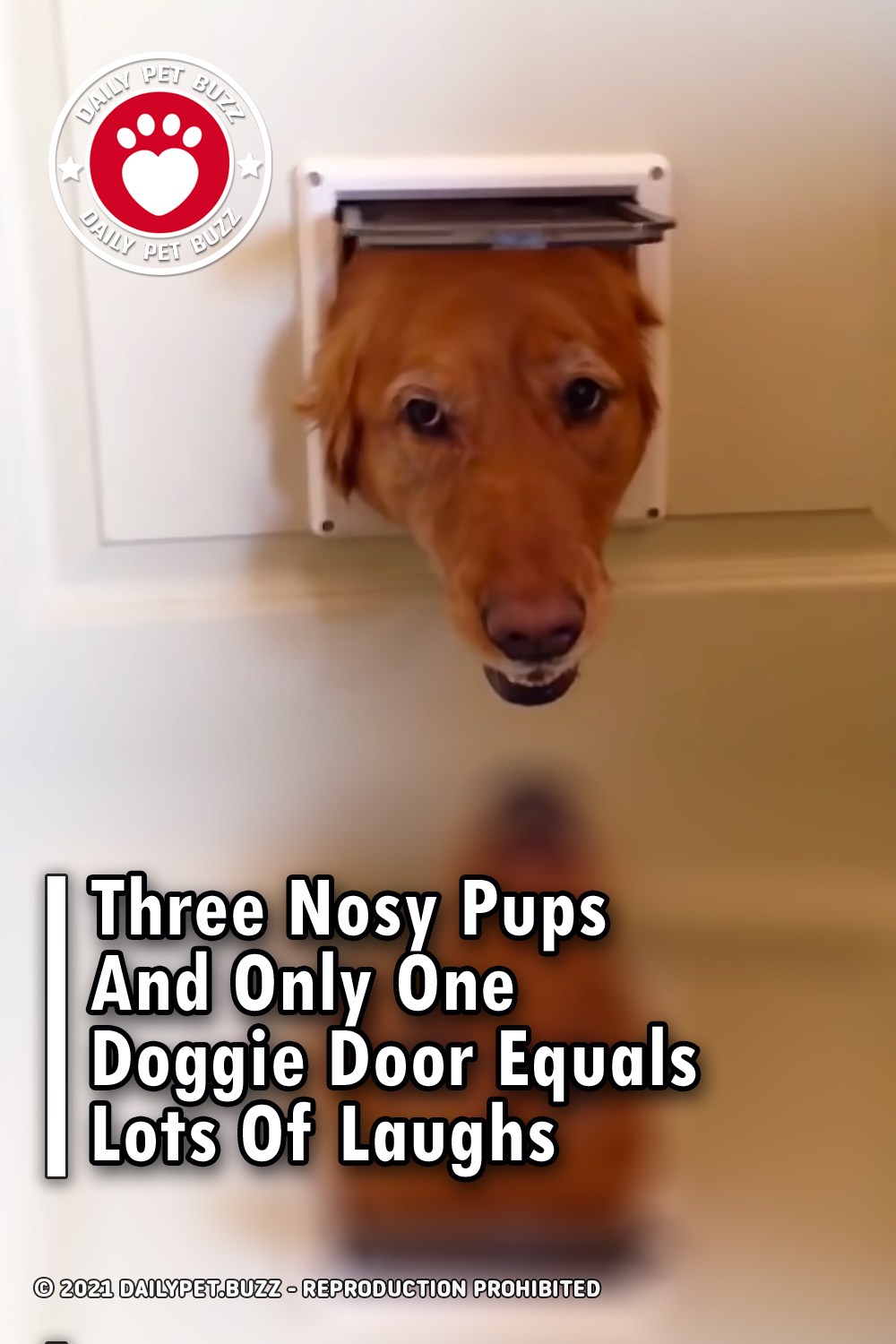