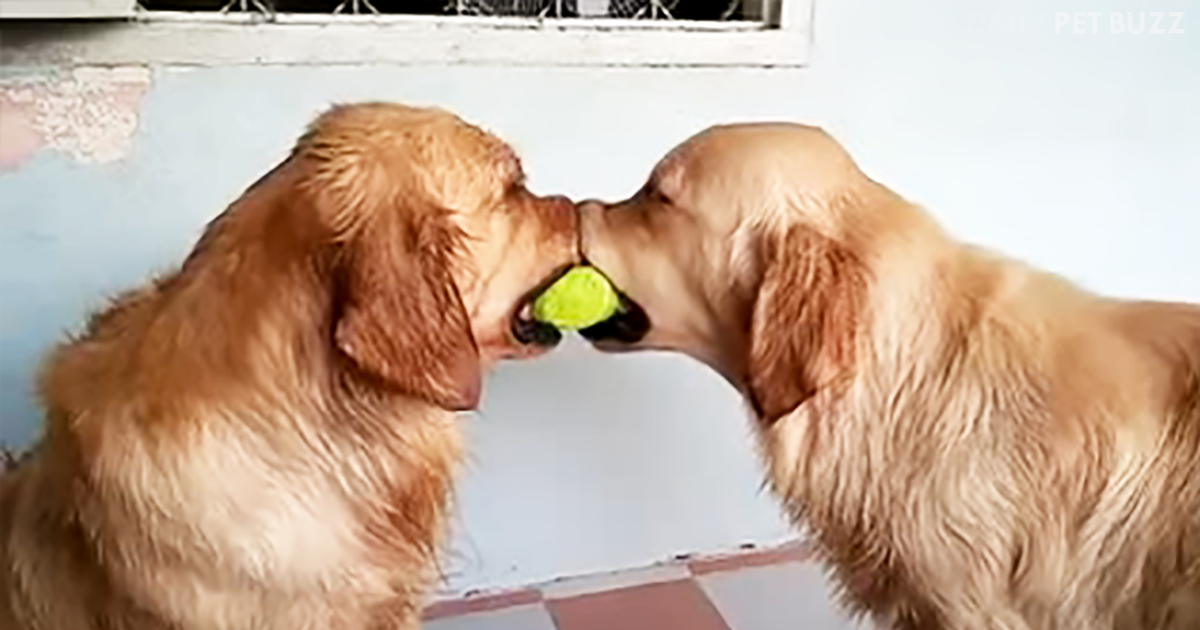 Golden Retrievers are some of the kindest, sweetest dogs on the face of this earth – very few people could disagree with that. But even the haters (if there are any) will love them after seeing this adorable video.

Watch as two beautiful Goldens ‘argue’ over a ball, only to have a third golden-haired dog step in. What happens next is just too cute. At first, the two retrievers are face to face, each holding half of the coveted tennis ball. There doesn’t seem to be an end in sight, at least until another dog decides to step in.

Suddenly the other dog pops his head up between the two, only to lay it to rest right between them on their muzzles. It’s just about the cutest thing I have ever seen; you couldn’t have planned this any better.

The only sad thing is we never get to see who ended up with the tennis ball? Was it the one on the left or the right? Or did the middle dog try to mess up their game just to steal it for himself? Personally, I am rooting for the fourth retriever that was lurking in the shadows – I think he has a secret plan to run under when the ball is dropped. 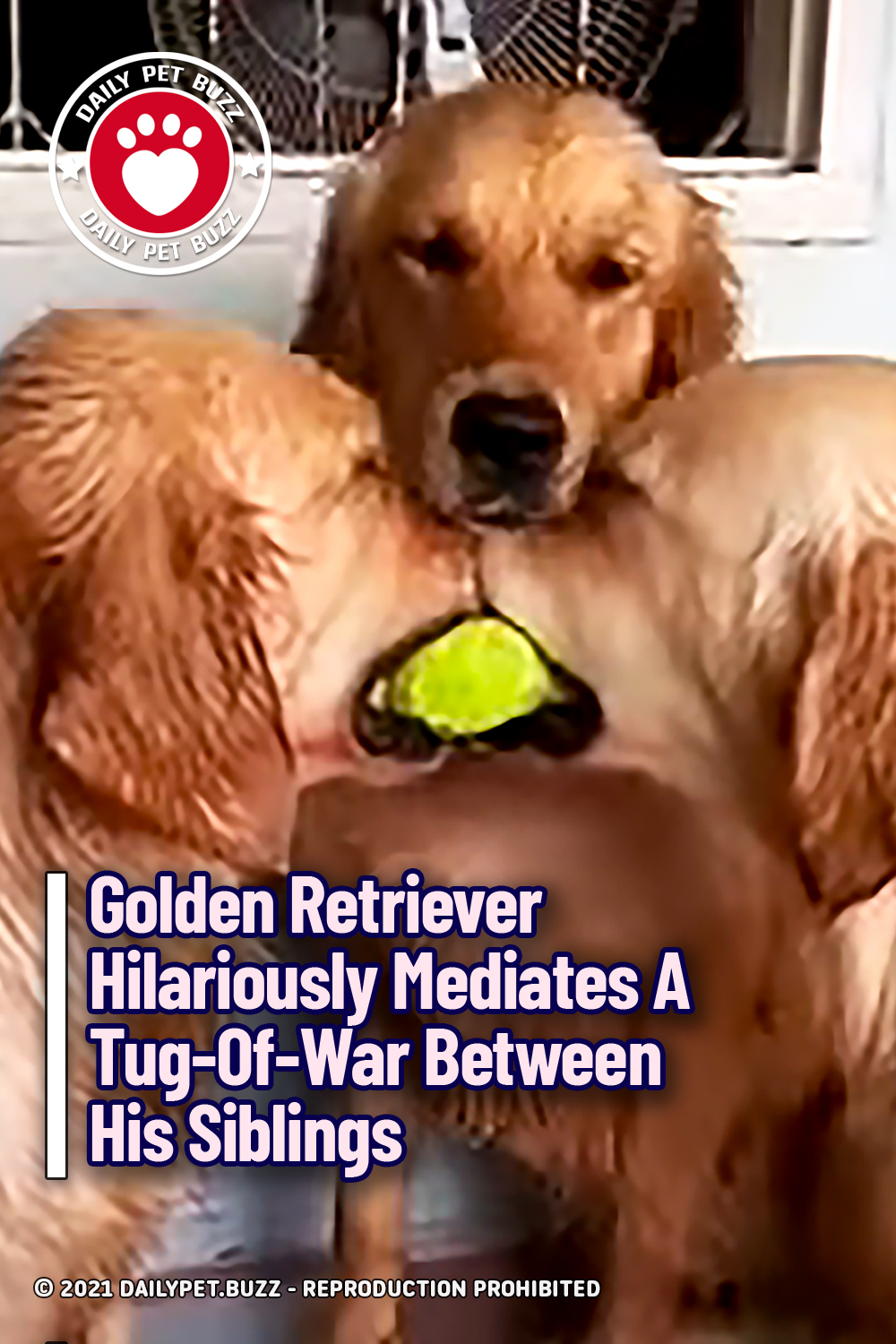