The wildly popular reality TV show “Britain’s Got Talent” has seen many remarkable performances by potential stars. Some of these acts have been beautiful while others have been a little strange or even crazy. As if attempting to prove the old show-biz adage “never work with children or animals,” Marc Métral and his dog Wendy performed a number that outdoes them all.

The 61 year-old Métral grew up in a small French village and now lives in Paris. As he says of himself, “I’m always dreaming, even at my age.” Perhaps that’s how he came up with the idea for his dog act. He admits that not everyone thought it was a good idea: “Vivian, my wife, she told me ‘You are crazy to make Britain’s Got Talent.'” We’ve posted the video of his act below and you can decide if he’s crazy, wonderful, or wonderfully crazy.

After introducing himself, Métral explains that his dog Wendy plays a key role in his act. Then she comes out on stage and gets plopped down on a podium. Métral, standing next to her, encourages her to say something: “Hey, you can say good evening? You speak English?” Not a peep from Wendy. The show’s judges and people in the studio audience are giving each other looks, wondering if this act is going down in flames — it’s awkward and embarrassing. Métral persists. “Come on, hey, say something.” And now, finally, the dog has an answer, leaving everyone else absolutely speechless! Afterward, an amazed Simon asked, “How does she know the words?” A coy Métral just says, “She’s very clever.”

After you’ve seen Marc Métral and his dog Wendy’s hilarious performance, you won’t be surprised to hear that the audience (and judges) gave them a standing ovation. The video has also racked up over 49 million views on YouTube.

Did this charming Frenchman and his adorable dog make your day? Let’s hear from you in the comments at Facebook. Don’t forget to like and share: spread the mirth! 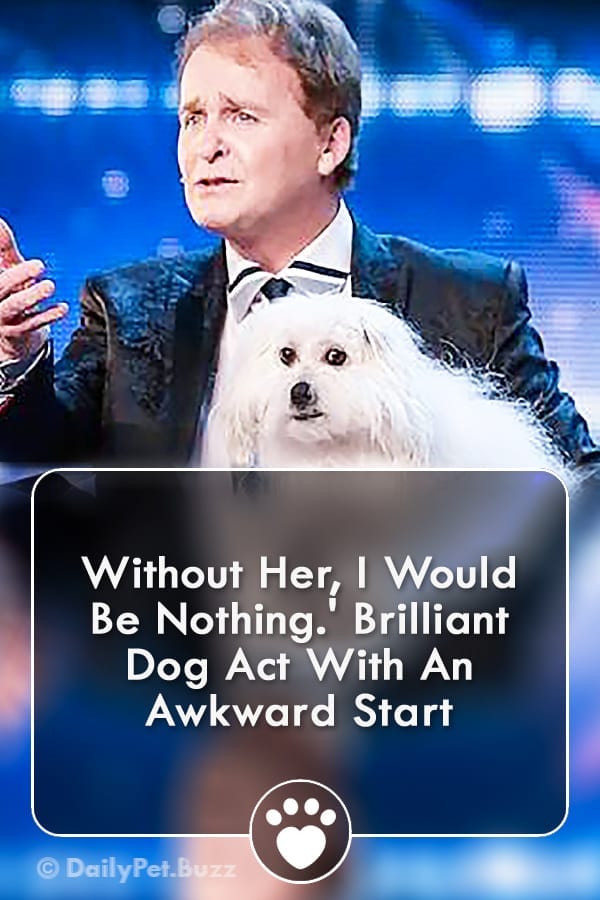