Humans and dogs have been the closest of friends for thousands and thousands of years. When humans were still living in caves, it’s speculated by scientists that the wolves who stayed closer to the caves were rewarded with scraps of food.

As the eons passed, the wolves gave humans benefits as well. Their sense of smell and hearing woke up sleeping humans from any threatening lion or sabretooth tiger that was trying to sneak up.

Soon, the wolves began to actually help their human friends while on the hunt. Humans and dogs grew up together, and our histories and lives are so intertwined that it’s no surprise why we really are best friends.

Dogs can read human emotions unlike any other animal. Even chimps and monkeys can’t understand humans like dogs do. What started as a wary alliance slowly turned to a strong bond that will never be broken.

So when a little baby puppy gets the chance to meet a baby human for the very first time, it’s no surprise how excited they are to meet one another. The baby’s mother is filming this knowing they will have an instant bond. You have to admit that these two are pretty cute at giving each other kisses!

Though they’re both babies, there’s something deep inside both of their souls that seems to instantly click on. They’re meant to be with one another, and they’re definitely going to be best friends for life. 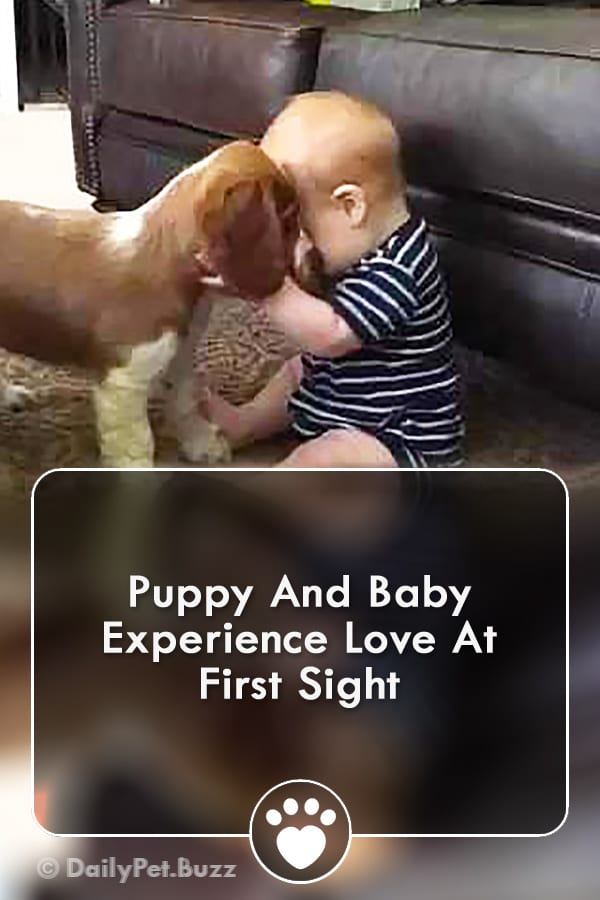