Dogs are really like human children in that they are innocent and pure hearted. But there are times when they are stubborn and know how to give the silent treatment, like this dog in the video. All of these dogs are called one by one for the dinner and they scurry through the open gate as soon as their names are called. But this Labrador dog who is called last wants everyone to know his opinion about going last. His reaction to being last makes it very obvious how he feels. And this is so hilarious!

These dogs have learned to be patient before being called for the dinner. They are disciplined and get out of the open gate only after their name is called by their owner. But Echo, the Labrador dog at the end of the line has turned back from the gate as if to say ‘I am always called at last, and I don’t like it.’ This brought quite a laugh from Echo’s owner. Ultimately, this adorable dog reluctantly accepts his fate and slowly trudges to get his dinner with the rest of his buddies. Of course, after he makes his feelings known, he can’t resist dinner time. And he is so adorable doing it.

Watch this video and let us know your opinion about it in the comments. We’d love to hear from you! I’m sure your friends and family would love to see this video, so be sure to share it on Pinterest if you enjoyed it. 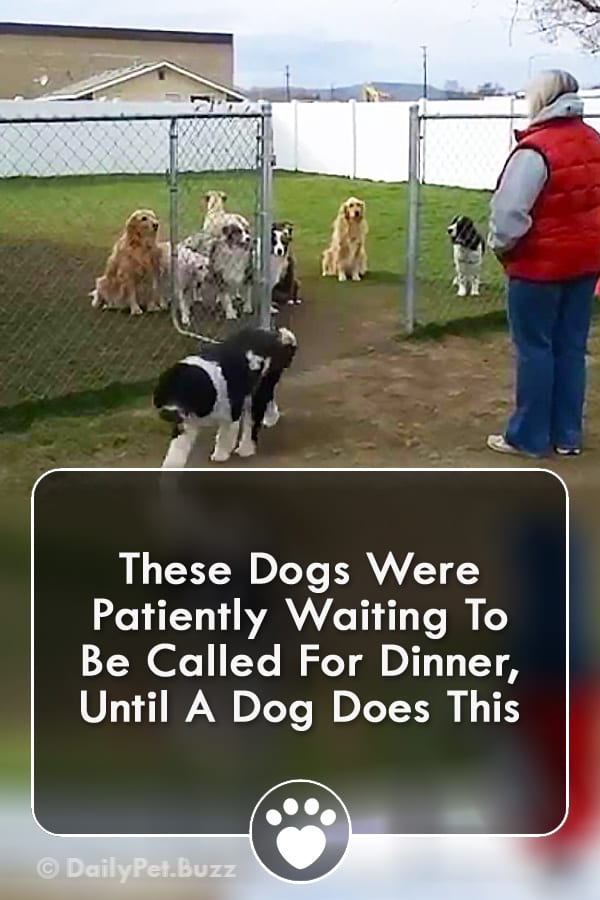