People pass by stray animals all the time, be they dogs or cats. Like their human homeless counterparts, they are nearly invisible. Even when they are laying there, wracked in pain, near death, they remain ignored by many. Maybe subconsciously, they think the end is near, so it’s not worth dirtying their hands. Well, two men found this dog, Ol’ Boy, and they decided he was well worth their time.

If you have problems seeing starving dogs or dead dogs, I suggest you skip right ahead to the next page. This is not me being judgmental towards you. It is a very difficult video to watch and I was tempted to click out of it a couple of times. But if you do stick with it, it’s a very powerful video. The two men found Ol’ Boy, a dog who had lived on the streets his whole life, subsisting on scraps that store owners would throw to him. His body was covered with ticks and he had next to no teeth. His hind legs had atrophied and he was laying in his own waste.

They brought him to the vet and the prognosis was dire. They put him on medicine, but an animal communicator said that Ol’ Boy told him that he was dying and just wanted to pass while he was in a house and not on the streets. So they complied and brought him to their home. They stood vigil, pet him when he cried in pain, and gave him water in a syringe because he was too weak to go over to a bowl. That night, he died.

That doesn’t end the story. They did a funeral ceremony for him and then took him to a crematorium. Afterwards, they scattered his ashes in a field that the animal communicator said that he wanted to go to. Ol’ Boy was free. It was a very touching story, aside from my skepticism about the ‘animal communicator’ , but it’s not for me to really judge. You can see from the video that he was in very bad shape. But he did have people caring for him at the end instead of dying alone on a street in his own waste. That counts for something.

I was crying by the end of this video. How about you? Tell us your thoughts in the comment section below. 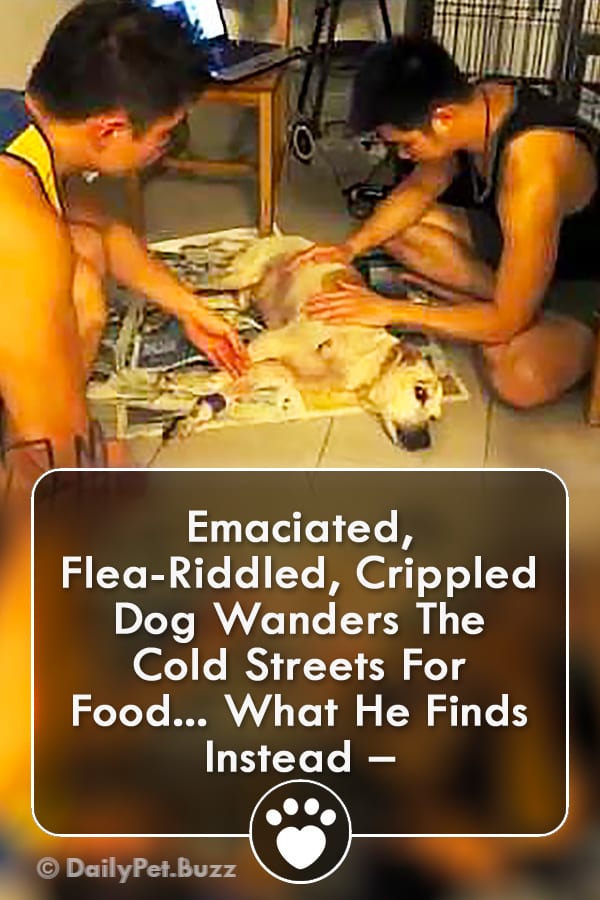