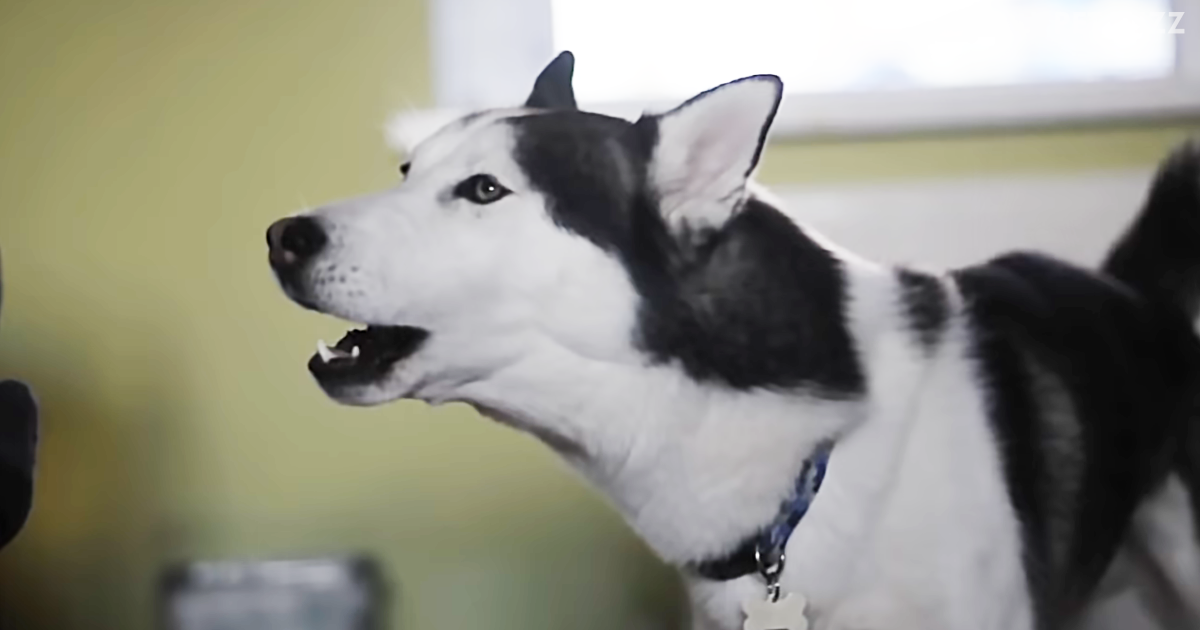 Arguments have started both bad and good ways for people to express themselves. It’s important for us to argue, especially if we don’t agree. Most times, the time and place aren’t considered, which leads to even worse results. Yet, arguing can be healthy. Dialogues have been very useful in understanding another side of a situation or stance that you may not have considered.

Without arguing, we wouldn’t have the Declaration of Independence, The Constitution, or even law. However, if you’ve ever had an argument with someone who vehemently disagrees, it can get heated, almost to the point of being uncomfortable.

No one argues quite like this beautiful Husky, though. The first thing, aside from his varied toned protests, I noticed was his eyes- they are different colors: one blue and one grey. His tail wags playfully but insistently as he makes his compelling argument against his dad’s wishes.

His tail alerts his readiness to spring into action if necessary. He tries to move away, but once his dad starts to make his point again, he steps back into the argument but distances himself. Almost wary of his dad and the point he makes. Yet, throughout all this arguing, the dad is rather calm.

Despite it all, he keeps an even but firm tone towards the young hound. He wants to be understanding but simply needs to have his point heard as well. When you hear the way he argues, not only will you be able to relate to his protests, but I nearly guarantee you will be laughing hysterically. 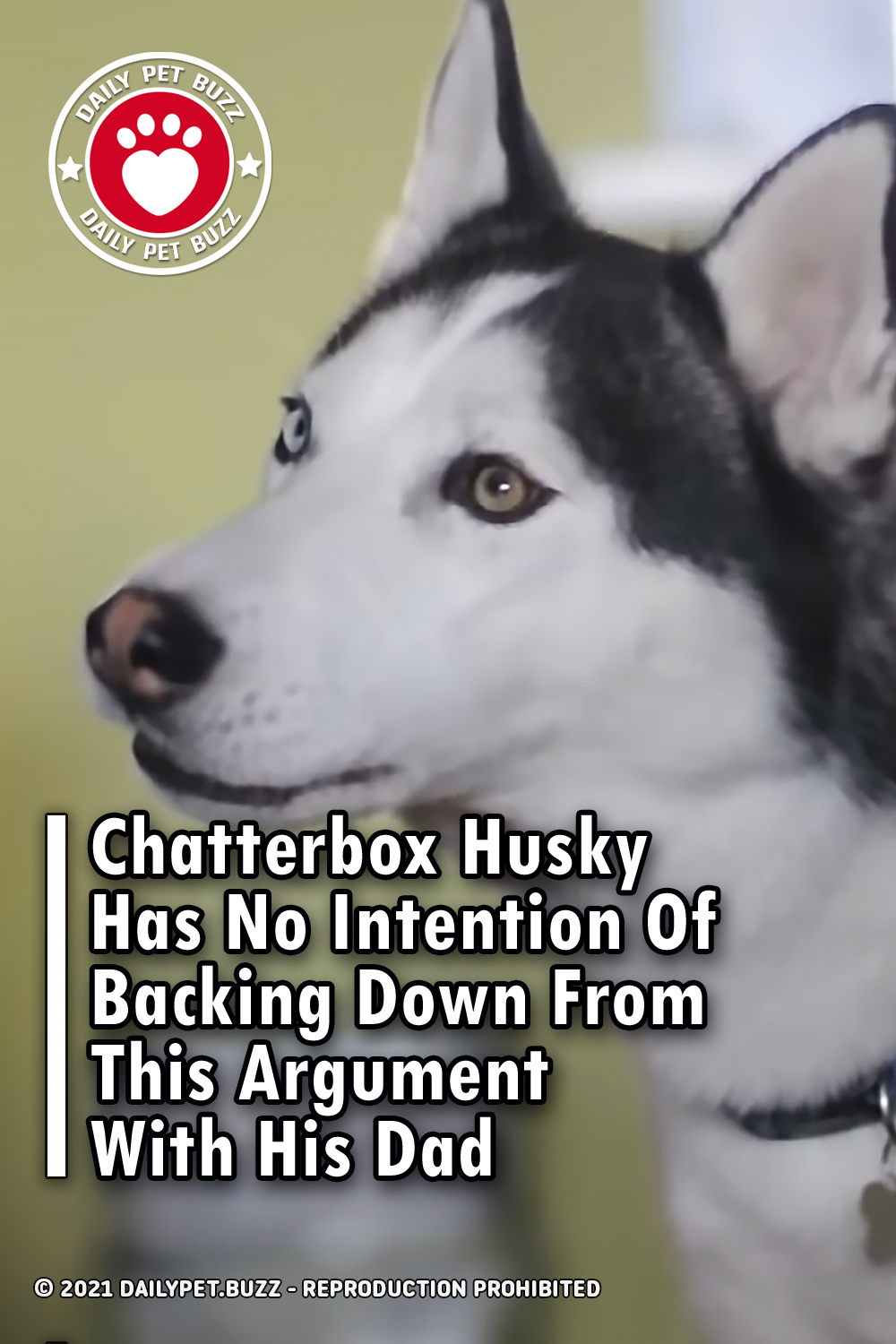