Imagine that you go out sailing with some family members and friends. It’s a beautiful, if chilly, day off the coast of Italy. The water is beautiful. The sun’s shining. You’re having fun talking with your companions. Some are looking to see if there are any fish or dolphin nearby. Then one of your friends squints and points to the water and says, ‘Is that a DOG?’

Sounds farfetched, huh? It happened to some people who recorded the incident. The dog, a Labrador puppy named Noodle, who had fallen off a ferry boat and swam for the next half hour, was rescued by tourists. After spending some time warming her up, she was reunited with her daddy, who had seen her fall off the ferry, but his boat refused to stop, saying that Noodle was a lost cause, lost to the ocean.

It’s easy to be mad at the ferry crew, but they probably had a lot of other people on board and they didn’t want to stop for once person. It sounds cruel, but to them, the business overrode anything else. Ugh! The ferry company said they were going to investigate, but it was probably just lip service to try to appease the media. At least the story ended on a good note. Her dad probably held her while standing in the middle of the ferry on their next trip.

Of course, the message that people can use from this video is to never give up, no matter how bad things look. Noodle could have given up the second she fell in the cold water. She didn’t and kept swimming until finding someone that could help. The other thing to learn is to always be ready to help someone in need. The sailors made sure that they were able to get Noodle aboard. They didn’t give up when it looked like a current might sweep her by.

Now every time I walk by a river, lake, or stream, I’m going to be looking for a dog. What did you think of this? Leave a comment! 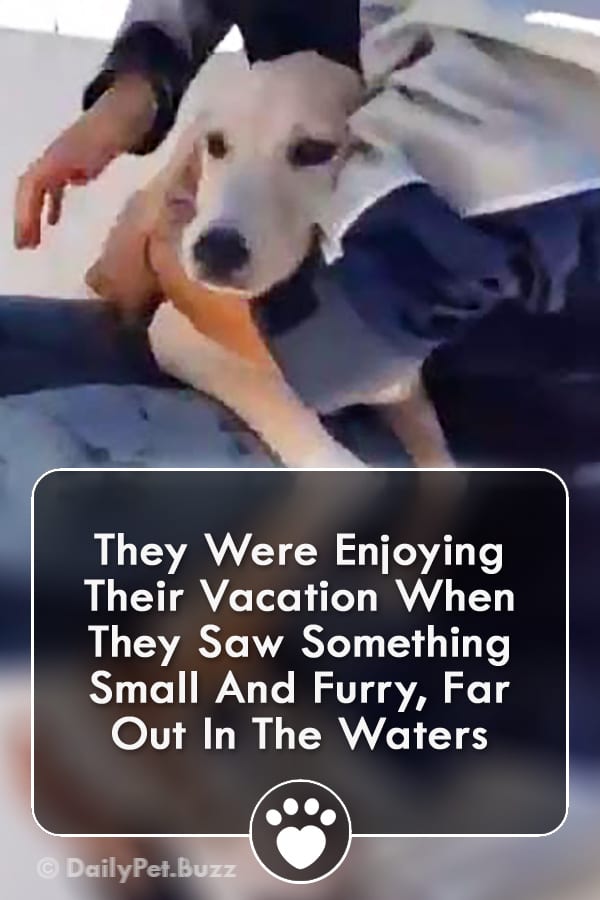