Pit bulls get such a bad rap. They are actually kind and loving dogs if they are paired with an owner who treats them well from the start. If that’s the case, then they will stick by your side like glue. It’s the idiots who treat them badly that make them seem like crazed killers. But that’s the furthest thing from the truth here. Take a look at this video with one that has just brought some puppies into the world.

We see the rescuers come to a yard where a pregnant pit bull gave birth. The first order of business is to get the mommy. She runs all around, but after neighbors around the area help block off the fence, they are able to corner her, reassure her with kind words and gently pet her ” something that seems to relieve her greatly. It’s been a while since she was pet with loving hands and it shows.

The rescuers then focus on grabbing the puppies. They put them in a bin – sadly, one of them had died before they got there. There’s even an ‘RIP Little Guy’ caption when they see him. The others are fine and they bring the bin over for the mommy so she can be reassured that her puppies are just fine. They name the dog Lexus and the puppies Prius, Beemer, Mercedes and Cooper – all after cars, in case you didn’t pick up on that.

The night won’t be drama-free though. Lexus starts showing signs of distress after she has her flea bath. They do a quick X-Ray and find a cork from a bottle in her stomach. Rather than do surgery, they induce vomiting. Cork found. Yay! The video ends with the mommy and her babies in a foster home awaiting adoption. Since that was in 2014, I would imagine they are adopted pretty quickly.

I was pulling for Lexus the whole time. Weren’t you? We’d love to hear your thoughts on the whole thing in the comments section. 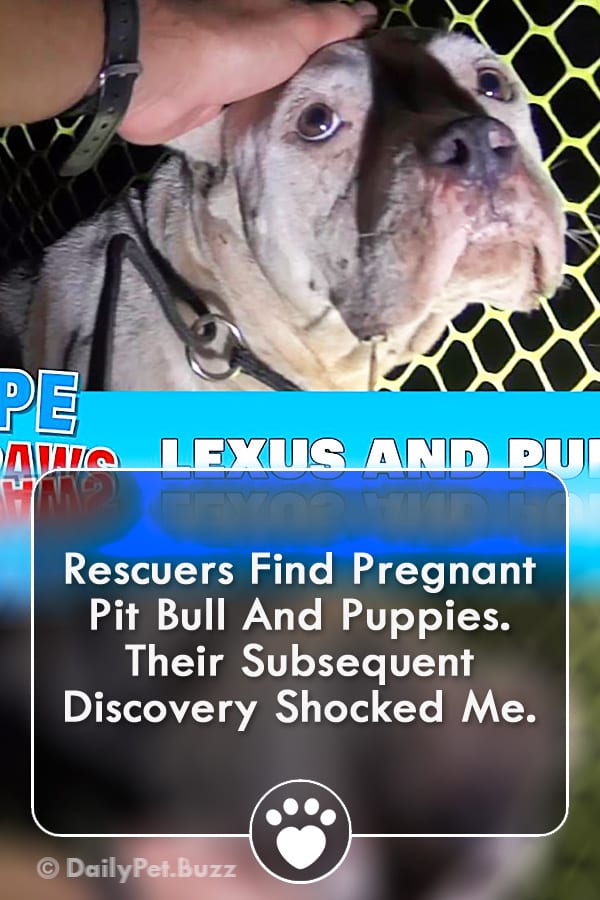