Cats get a bad reputation, they are very independent pets that place their needs above the ones of other animals, their masters included! This little dog was the victim of bullying from his feline friend, who had kidnapped his favorite toy and just won’t give it back. If you are the owner of both a cat and a dog, you probably know what I am talking about, because chances are, your cat has made sure to get its way more than once.

I personally think it’s their sassy attitude that gives these fiesty furry felines so much personality, and without it, they would be entirely different creatures. For the most part, cats and dogs actually get along quite well once they are used to one another, and if they can’t get along, they tend to just ignore each other. Just check out the cat that gives his dog massages, or the cat and dog duo that work as a team to do wily things like sneak out of the house together.

But just like human siblings, cat and dog siblings have their moments of fighting, bickering, and even teasing one another. This cat decides it’s his responsibility to teach the dog manners, making him ask politely and then beg to be able to play with his favorite toy. But the cat still seems less than willing to compromise and share with his K9 friend.

Chellout this hilarious exchange and share it with all your friends on social media! 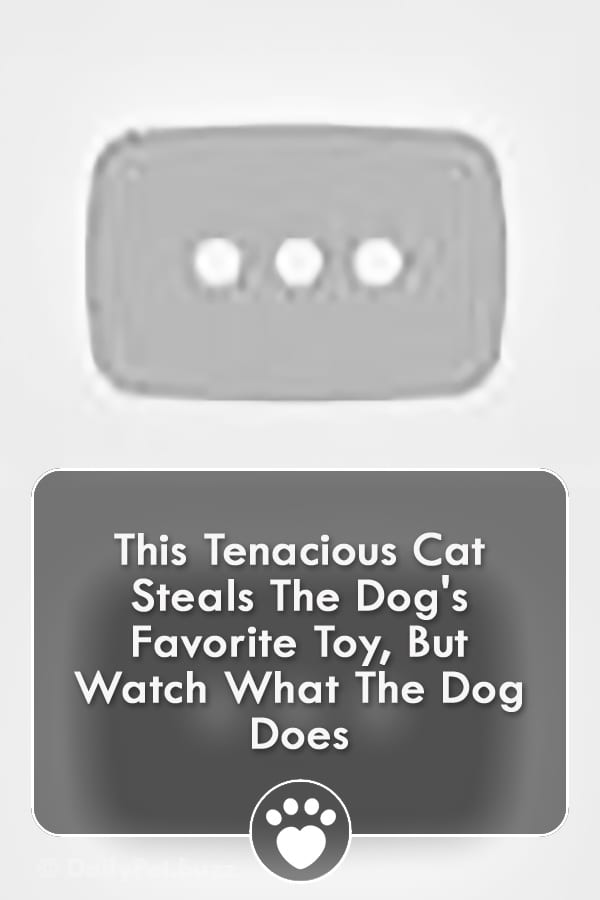