Losing someone to war is always difficult. It’s even worse when that person is your brother, who was also your best friend. That’s what happened to Carey Neesley, whose brother Peter, a Sergeant in the Army, was killed in a battle in Baghdad, Iraq. He was only 28. Devastating. There was a way for her to gain some form of closure, though. That’s what this video is all about.

Peter was a very kind soul, looking out for everyone, including animals. He had a real soft spot for them. When he was in Iraq, he saw a mama dog and four puppies. He tried to save them all, but three of the puppies died in the war zone. He was determined that mama and the last puppy were not going to be casualties too. He successfully saved them and was helping take care of them ” he named them Mama and Boris and made them his base’s adopted pets ” at the time of his death. Carey wanted to bring those dogs home, as part of the last connections to her brother.

Dealing with anything through the military is tough, though. The only tape they seem to have is red, and it made the transaction very, very difficult. Carey got help from some dedicated people, though, and she was able to pick them up. The entire event was covered by the media and the tender moment was captured on camera. Now she’s the proud mama to both.

I’m glad that the story had a happy conclusion ” as happy as one with these tragic circumstances can be. Mama and Boris are in a forever home far away from the sounds of war. They are the true winners of this situation. Other people who have lost their loved ones in battle don’t have a chance to achieve any semblance of closure. Carey is also lucky in that regard. Though she surely wishes Peter was still there to help her take care of the dogs.

I was so moved by Carey’s love for her brother. What did you think of the video? Leave a comment below! 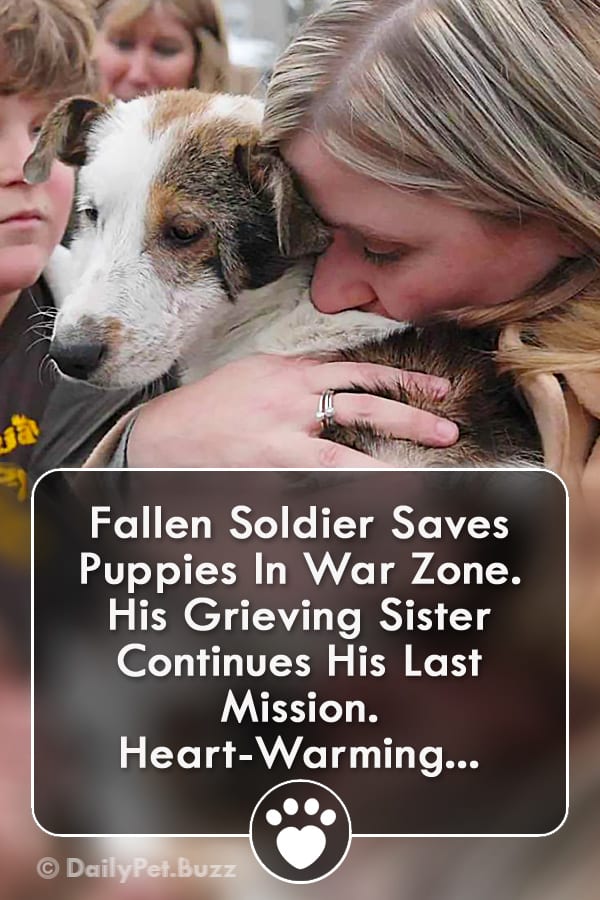