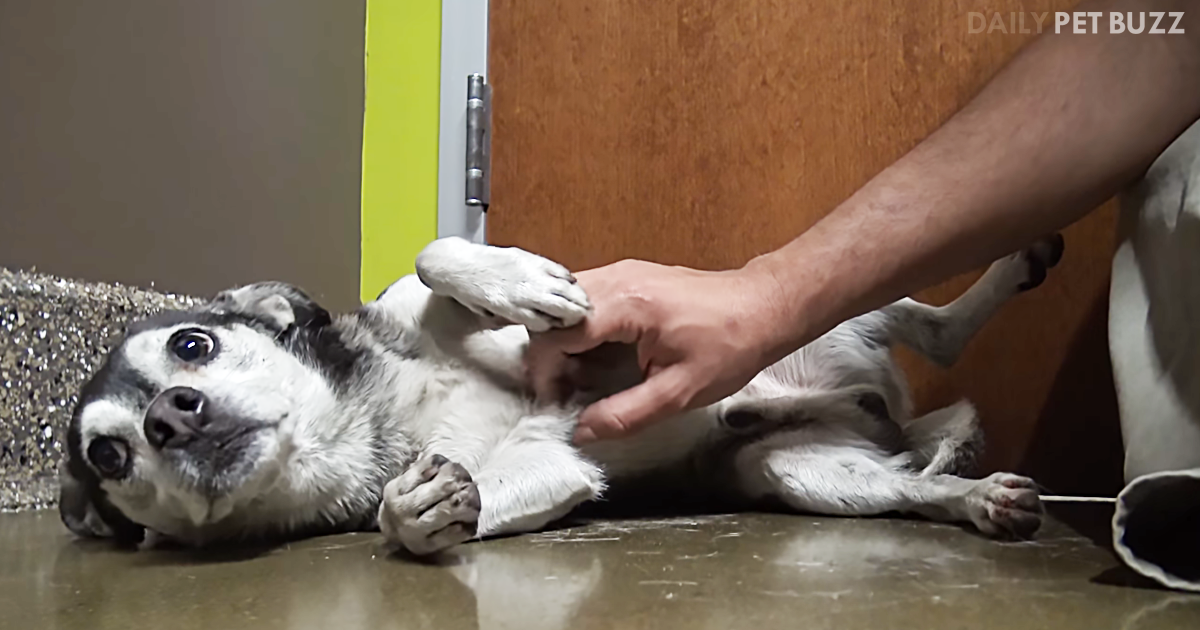 Hope For Paws, one of our favorite teams, is a Los Angeles based animal rescue group. They spent three back-to-back days at the sprawling shipyard in California trying to capture the dog they would name Houdini.

They started with the easiest technique: setting a trap. Houdini had a look at it and gladly ate some of the treats that were left nearby, but no way was he going in the cage. On the second day, they decided to try chasing him down, using netting to close off exit routes. The rescuers got plenty of exercise, but once again, Houdini, now frightened and agitated, escaped capture. When some rain blew in, the wily dog disappeared completely.

On the third day, Hope For Paws brought in help from their friends at Rescue From The Hart, a local animal rescue group that specializes in dogs. As the new team arrived, Houdini actually turned up at the gate, almost as if he was taunting his pursuers.

This time, a really thorough job was done sealing off the area, and the chase was on. They had the dog cornered at one point, but he slipped away, dashing off at top speed. They caught up with him and finally nabbed him with the dogcatcher’s old standby, the rope on a pole.

Houdini was not happy and was doing his best to claw and bite his rescuers. A kindhearted port employee who had been feeding him was brought in to help calm the pup down. We’ve posted the video of this incredible rescue operation. You’ll also get to see some of the processes of getting this spirited little dog ready for adoption. 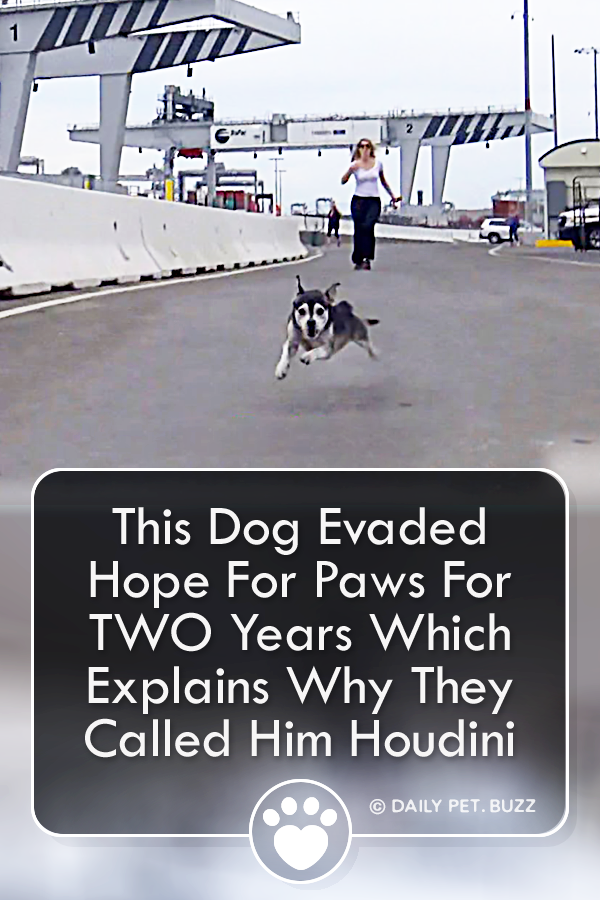