I think that people who let animals stay in the most deplorable conditions are scum. When they bring these animals home, they are supposed to treat them to the best of their abilities. The problem is that these ‘owners’ view the animals as barely being alive. They force them to stay in places that I wouldn’t wish on my worst enemy. There are people who are monitoring these animals and will do anything that they can to get them out. Like this video here.

The PETA chapter in North Carolina came across a pit bull named Keane. He’d been tied up outside since he was six weeks old at a breeding colony. Not exactly sure what the difference between that and a puppy mill is, but neither of them sound the least bit savory. Keane had developed a bad skin condition and while PETA did the best they could with their twice-monthly visits, but he was going to need more help than that.

Finally, they were able to convince the head of the breeding colony that Keane was better off with them. Reluctantly, the guy agreed and Keane had a new home. When he went to the shelter, he was immediately given medicine for his skin, which cleared up the problem in very short order. Once that happened, he warmed up to other animals there very quickly. A couple adopted him and he got a forever home.

Like I said earlier, some people don’t even view these dogs as living things that are worth the respect that they deserve. Talking to these people must be like talking to a brick wall. They even do crueler things ” like what Mike Vick did. I don’t know what it will take to get through to them, but PETA and other organizations need to keep trying. If even they lose hope, then all will be lost.

What did you think about what Keane went through? Wasn’t this a great ending, though? Let us know in the comments section! Also please ‘Like’ us on Pinterest. 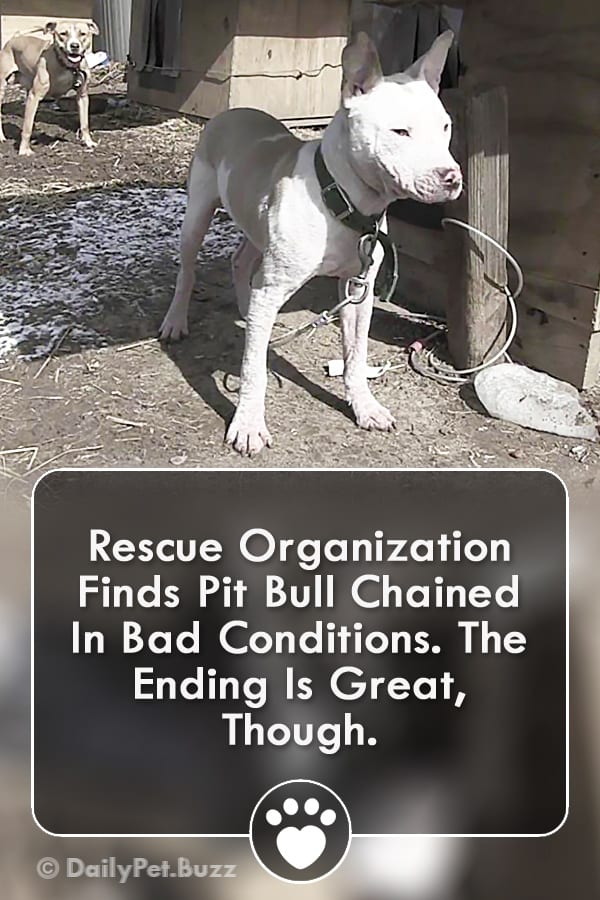