Dogs can be used for all kinds of crazy sports. There are rodeos where monkeys ride dogs like a human would a bucking bronco. There are dogs who water ski. Others ride skateboards. Then we have what’s going on in this video. I must admit that I would never have thought up something like this in a million years. It involves dachshunds, tween girls and ‘chariot races.’ Yup. I told you.

We see three dachshunds in a park, pulling some tween girls who are sitting on a skateboard. They appear to be racing. Honestly, I would have loved to be a fly on the wall when the family was discussing this. ‘I’m bored.’ ‘How about the dogs pull you on a skateboard?’ ‘sOLD!’ The dogs probably looked at each other with an expression that pretty much said, ‘What?’ I also wonder how much training went into this. They seem pretty coordinated.

I still think that one of the funniest spectacles to watch is a dachshund run. Its middle is bouncing up and down while its legs seem to all be operating independently of each other. I’m amazed that these three dogs are capable of running in a straight line, much less pull these girls on a skateboard. I applaud these little doggies’ determination. Doesn’t mean that I’m still not going to laugh at their form.

These girls look like they are having a blast. They’re lucky though, they’re small. I think that if I sat on the skateboard, I’d probably break it before the dachshunds even got a chance to start. If I did succeed in keeping the board in one piece, the dogs would probably spontaneously combust trying to pull me. So, this is more for the younger crowd than me. I’ll never do anything like this. Lucky dogs – .

Weren’t these dogs adorable? Would you ever do anything like this? Tell us your thoughts in the comments section! 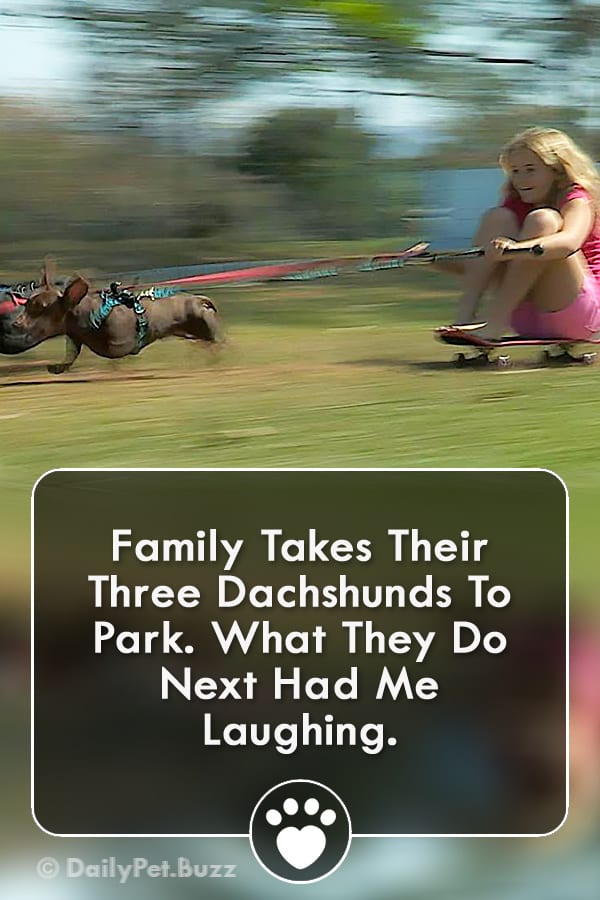