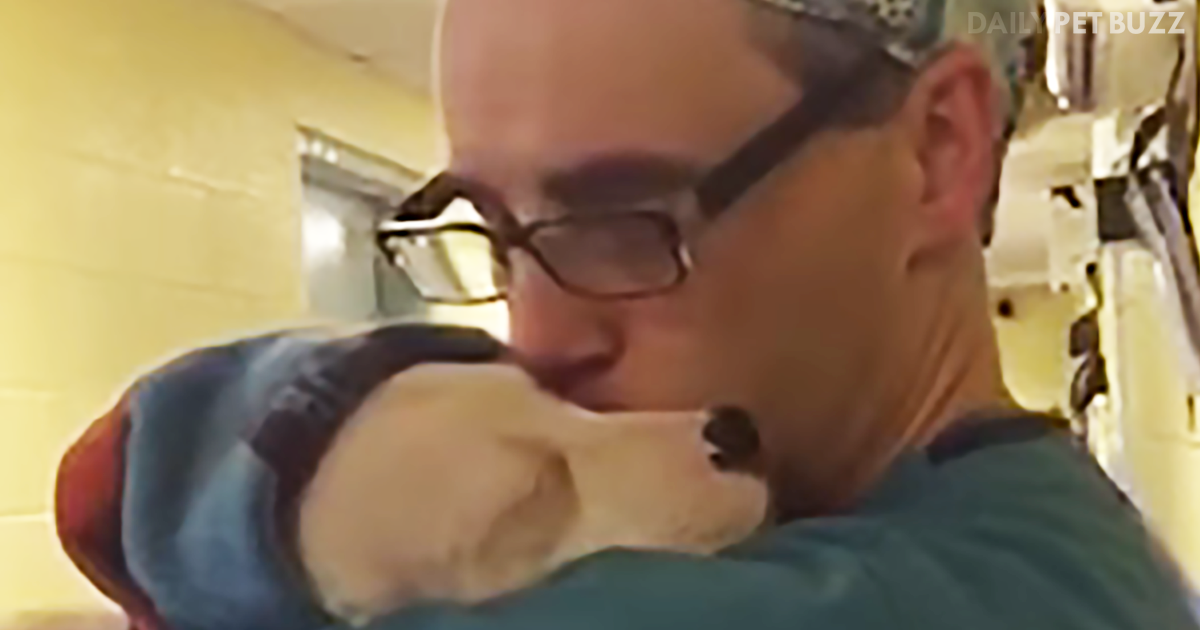 If you’ve been in the hospital, you know it can sometimes be scary. You also have to deal with people poking you with needles and putting you at the mercy of various machines (X-ray, MRI, etc.). While people may face agonizing uncertainties when they’re in the hospital, at least they have some idea what’s going on.

We, humans, know the medical staff is there to help us and that the machines are part of the process. But imagine how it is for a puppy who has absolutely no idea why she’s there, why her body feels weird and wonders what’s going to happen next.

A little puppy named Meesha was at the Baltimore Animal Rescue and Care Shelter (BARCS). Before she’d be ready to be put up for adoption, she needed to be spayed. The surgery was perfectly routine, but as the anesthesia wore off, the Pitbull mix was nervous and frightened because she had no idea what was going on and why.

Dennis Moses to the rescue! He’s a surgical assistant at BARCS and one who’s wonderfully sympathetic toward his patients. He gently lifted Meesha and took her to a quiet hallway where he held her close and soothed her with kisses, songs, and tender words. When the dog whimpered a little, he told her, “That’s just the drugs talking.”

Fortunately, all this was caught on video. As BARCS describes it, “One of our awesome volunteers just happened to be walking by to capture this sweet moment. Thank you to Dennis and all the staff who work long, tireless hours in the background of our shelter — saving lives and loving the animals.”

This kind of post-operative comforting of animals is nothing new for Dennis. In fact, there’s another video of him lying down next to a dog that had just undergone life-saving surgery. He puts an arm around her just as she’s coming to. Don’t miss this video of Dennis and Meesha, though; it will truly touch your heart to see such compassion. 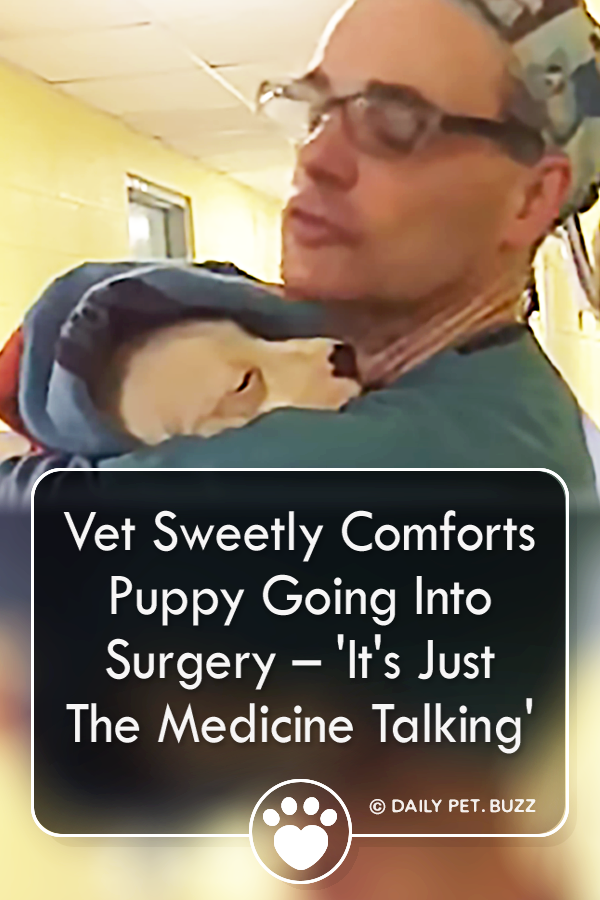