Usually, when people imagine a playful animal goofing around with their human friend, they’d usually imagine some kind of dog, even if the species isn’t mentioned. While there are countless animals that have befriended humans successfully, it takes a lot of love and cuteness to get to the point of playing and cuddling with a human partner. You’d certainly wouldn’t expect an elephant doing just that! But in the video that we brought to show you today, we see that it’s not only possible, but unthinkably adorable as well! Prepare yourself, cause he will melt your heart for sure.

The following video was recorded and shared on Youtube by a Thai elephant rescue shelter called Chai Lai Orchid, and it features a baby elephant cuddling and playing with Allie, his human caretaker. Despite being a baby, he’s already huge, but that doesn’t stop him from giving his human friend all the cuddles and love that he has to give. When you see him getting on her lap as if he was just a little puppy, you’ll fall in love with him in an instant! Allie herself seems to be absolutely delighted by this, and being honest, who wouldn’t be?

You can watch this magical moment on the video just below! 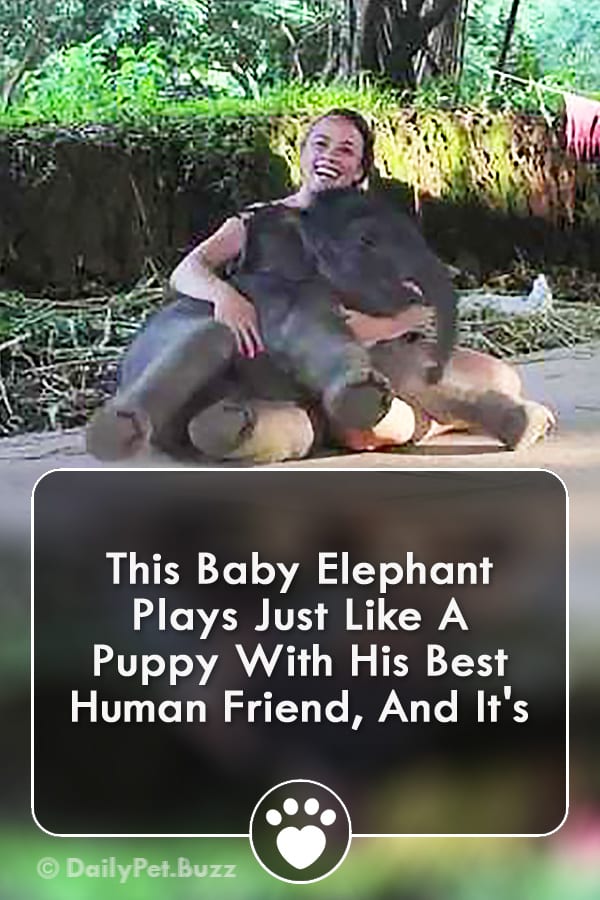