The internet has given us a lot of wonderful and astounding rescues, but you might not have seen one quite like this! One day in India, a dog fell into a puddle of hot tar and he was powerless to move since the dry solid tar was very heavy. This forced him onto the ground, unable to move. Thankfully, a passerby saw the dog struggling and called in some help from Animal Aid United.

Rescuers hurried to help the poor pooch and if it wasn’t for them, he would have definitely died. They saw the dog lying there motionless and in pain. He looked rightfully terrified. It took more than three hours over two days to remove all the tar. They applied vegetable oil onto his fur until he was free, but this was no easy task.

The dog was just lying there, completely motionless, while four volunteers rubbed vegetable oil over him and removed the tar, bit by bit. It didn’t come off easily, and the workers worked tirelessly to remove it. Their hands turned black from the tar, and it lay in piles around the dog as they removed it. And the entire time, the dog was motionless.

But there is a happy ending to this story. Once the tar was removed, the dog was fine and you can watch him eating his treats and wagging his tail. He will stay at the Animal Aid facility now where he’s safe and happy.

Watch this exceptional rescue in the video above! Tell us how you felt watching this video in the comments! 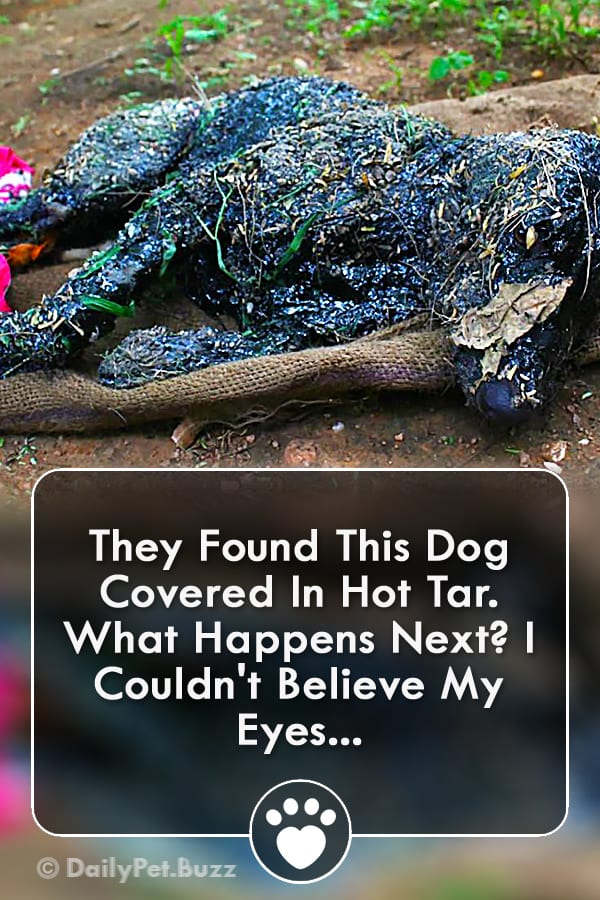