Snow – it is the bane of the city and suburb dweller. Yes, it can look nice for about 10 seconds – and then you realize that your driveway is COMPLETELY covered and your boss expects you to go into work that day. The snow is, sadly, not going to shovel itself. So, you gird yourself up, making sure to stretch and warm up before heading out, and grab a shovel. Sometimes, as this video shows, you might even have a canine companion.

We see a compilation of dogs that are supposedly helping their daddies shovel snow. A couple of them actually have shovels in their mouths, but most of the time they seem like a hindrance instead of a help. Then again, what do you expect from a dog? It’s not like you can train them to shovel neatly in a row. Well, you could, but would it really be a worthwhile use of your time, where you could do something instead – like just shoveling?

My favorite dog in this video has to be the French Bulldog (naturally), that wants to ride on the shovel the whole time. Every other part of the compilation is tied for second place. There’s just something about this little pooch that struck my fancy. He appears twice, too, and his daddy just deals gamely with his laziness. I think I would have to stop for a second and just laugh at the absurdity of the whole thing.

The only thing I didn’t like about the video is the snow. Well, I know that’s the whole point of what we’re watching, but I am just not a fan of the stuff. I’m a little more tolerant of it now that I live in a complex that has staff clean off the sidewalks and we have a garage to park the car in the night before, but I do NOT miss those days of doing what these guys are – and I never had a dog help me out either. Maybe that’s it –

Have you had a dog help you out with the shoveling or did yours just stand at the door barking ‘encouragement’ at you? Let us know in the comments section! 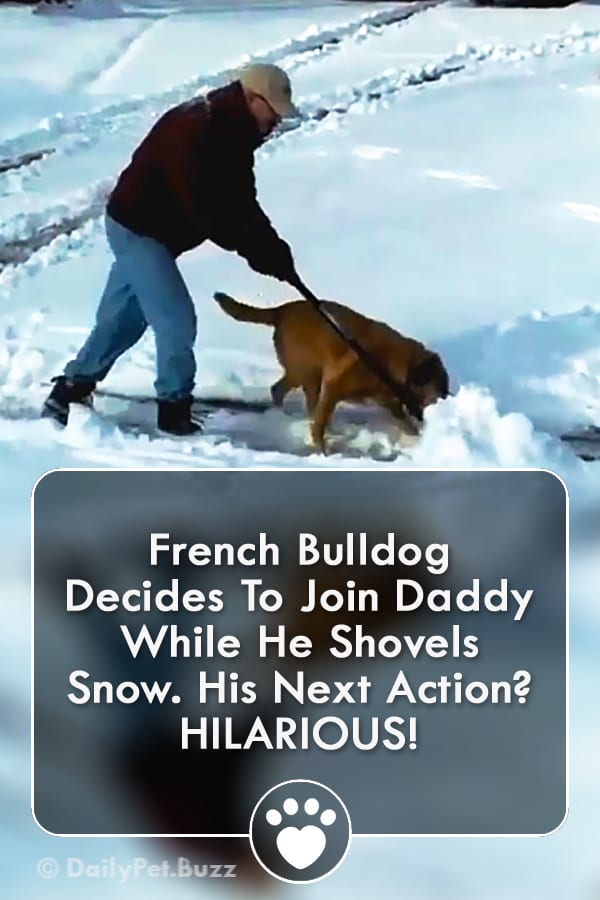