Animals never fail to surprise us more and more, no matter how much time we have spent with them. They’re just different from us, and that makes them react or do things in ways that we would never even consider. One of the most popular animal species are dogs, of course, because of their friendliness and the closeness that they’ve always had with us, since many ages ago.

The dog in the video above, much like a human would, loves watching TV, and she gets very excited for one very particular commercial that sometimes comes up on the television. She’s a beautiful English bulldog named Khaleesi, and no matter how many times she’s seen this Budweiser commercial, she always runs up to see it air on the TV.

In the following clip, you’ll be able to see for yourself the hilarious way in which Khaleesi rushes towards the television when she hears the commercial, because she wants to hear as the dog in it barks. Every time he does, she barks back in response, and she loves seeing him get home at the end. She really likes the dog in the ad, as if she was friends with him. It’s adorable!

You can see her hilarious reaction for yourself in the video above. 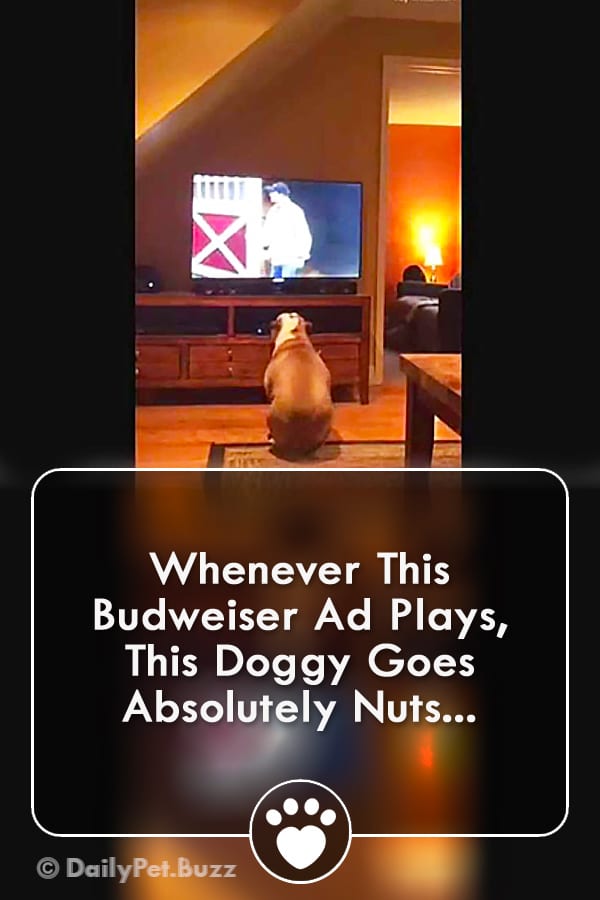