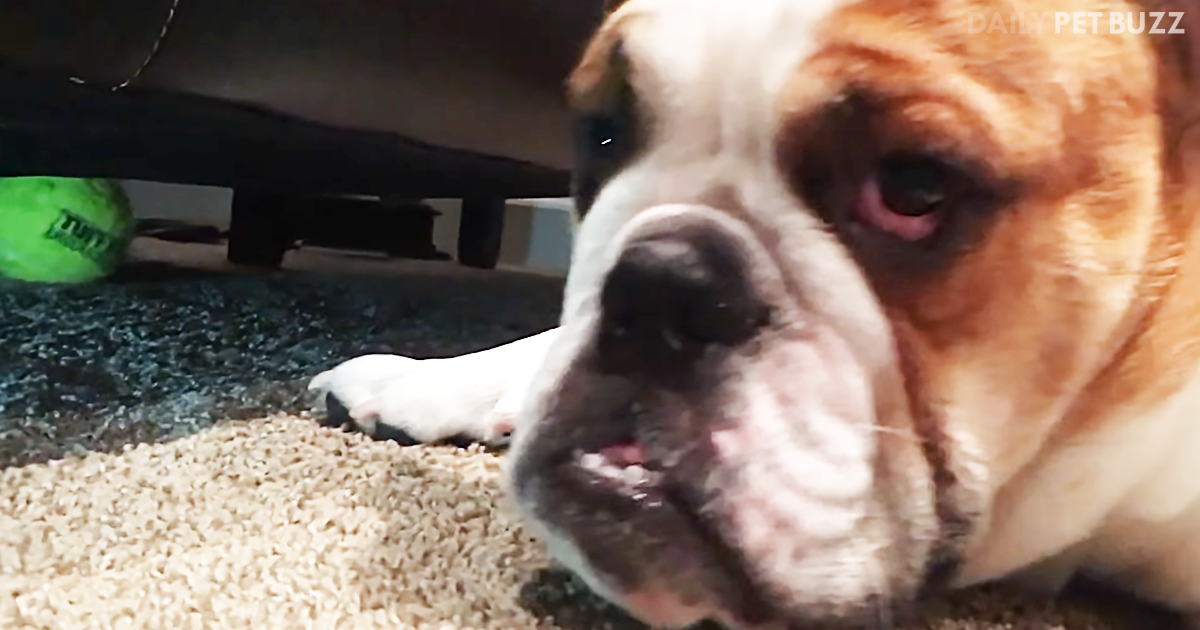 Big and small dogs each have their own challenges when it comes to being an awkward size for certain activities. Big dogs, for example, can have trouble fitting through small spaces or curling up with their families without taking up too much space. Small dogs have their own obstacles to overcome as well.

Just ask the little Bulldog in the video clip below. His stubby little arms make it too hard for him to reach his ball, which seems to be stuck under the couch. Watch how he flails his little paws around in an attempt to retrieve his runaway toy. Somebody needs to come and help this adorable dog, stat!

His mighty determination makes him an admirable pooch. He doesn’t seem quite to understand why he can’t reach his ball, and he keeps trying his best to get it back in his clutches. You’d be upset, too, if you couldn’t reach your favorite toy.

His frustration is understandable, and we empathize, but his wiggly efforts are too cute to not chuckle at. His grumbles are like tiny cries for help, as though he’s asking the ball to surrender and come rolling back to him. This little pup is definitely not a quitter. He’ll do anything to get his inanimate companion back.

Tennis balls seem to be to dogs what security blankets are to humans. We can’t really blame him for being so eager to have control over the toy again. He’s doing his absolute best, that’s for sure. Watch this vertically challenged Bulldog in the video below – and ask yourself this: Did dad ever help and get him the ball when he stopped filming?