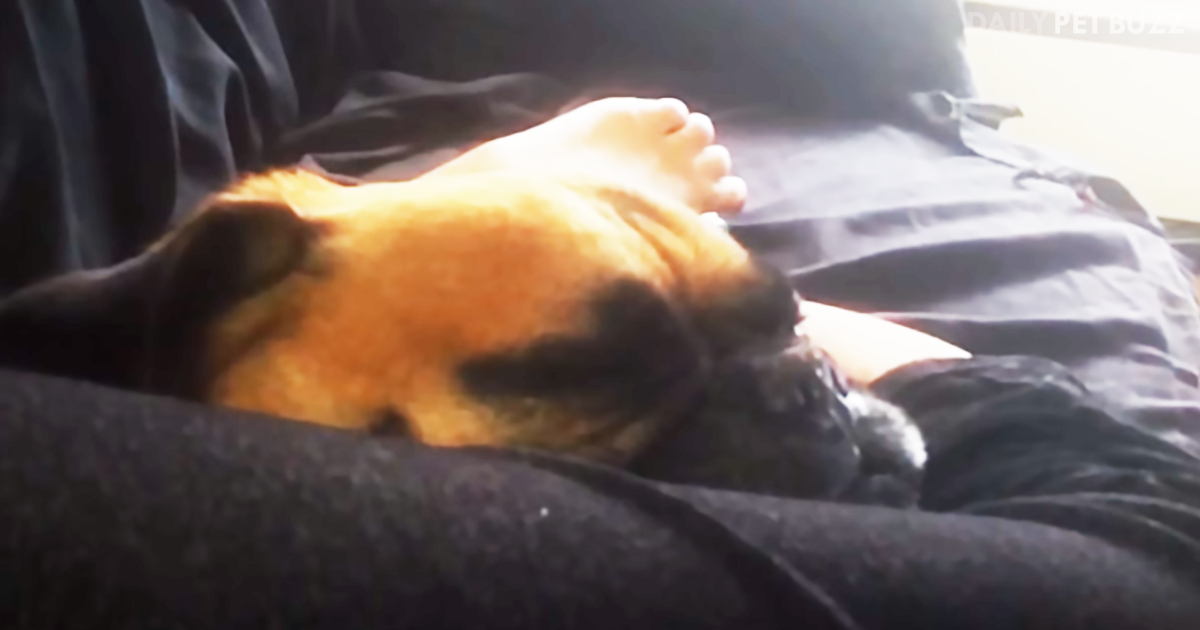 When it comes to waking up, we can be doggedly determined to cram in as much time as possible between hitting the snooze button on our alarm. Some of us can even train ourselves to be able to ignore having one’s feet tickled. OK, that was just me.

Still – the grip of sleep can be a strong one. We even tend to fake it a bit when we want to spite the person trying to awaken us, like what’s going on in this video. We see a pug named Milo ‘sleeping’ on his mommy’s leg, his head nestled in the crook between her calves and her quadricep.

Milo is quite comfortable, and he wants to stay there as long as he possibly can. His mommy, on the other hand, is probably starting to get a bit cramped and would like to get up. Rather than just rudely standing, though, she decides to wake him up by calling his name.

Milo is determined to keep ignoring his mommy by pretending to rest on her leg. She says his name a few more times, but nope – he’s faking being in snoozeville. Then she says the magic words that make him reveal his act. No, it’s not ‘Want some food?’ That would probably work, too. Instead, it’s ‘Want to go for a walk?’

Suddenly, Milo’s eyes snap open, and he whips his head up to look at his mommy quizzically. Like regular children, dogs can have very selective hearing – which is hilarious, since their hearing is WAY better than ours. It takes some special skill and effort for a dog to be able to tune out what his or her mommy and daddy are saying mere feet away.

I wonder what Milo was thinking at first when he was pretending to be asleep. ‘La la la can’t hear you – sleeping sleeping sleeping. She’ll fall for it. Wait – What?’ Milo’s lucky he’s as adorable as he is – that allows him to get away with his cheekiness. Don’t miss this adorable pug playing possum in the video below. 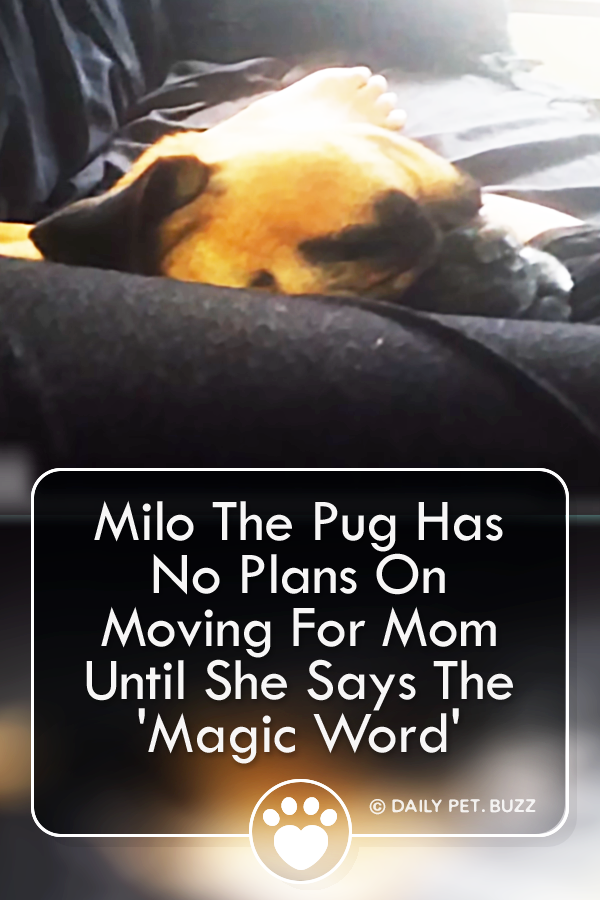