Animals are usually fiercely loyal toward their human family. Remember that video of a cat that flung himself at a dog that was about to drag a little boy away from his front yard?

We see a mommy and daughter walking into an animal hospital in Florida. Haus, their rescue dog, a German Shepherd, had fearlessly jumped in the way of a rattlesnake who was intent on biting Molly, the girl. While he did wind up saving the day, he wound up collapsing in the house afterwards and was taken to this animal hospital. It was there that they discovered that his recovery was not going to be the only ordeal.

Haus was in bad shape while recuperating at the Animal Emergency Center. Like human Emergency Rooms, the bills can pile up very quickly. He did receive the life-saving antivenom that he needed, but the whole ordeal took a lot out of him and he needed to stay there for a while – which meant another day in the hospital. The family took to a crowdfunding site where they pleaded for people to help them, explaining the dog’s amazing act of bravery.

Fortunately, the family raised enough funds to be able pay for Haus’ medical bills. They redirected the remaining money that they received from the crowdfunding site towards animal non-profit organizations. Haus can also rest easy that his act of heroism didn’t drive his family into bankruptcy. In yet another way, it was better it happened to him, since the hospital bills for Molly would have been even higher.

Haus was so brave to do that for Molly. German Shepherds are known for being incredibly loyal, which is why they are police dogs. They will protect their partners at all costs. What do you think of this? Tell us in the comments section. Also, please ‘Like’ us on Pinterest. 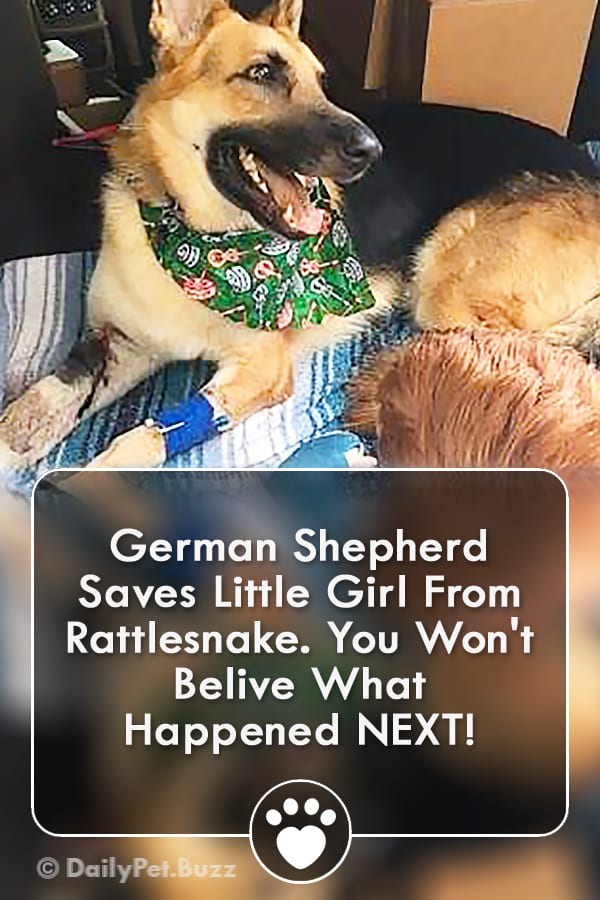