Here’s another abandonment story that makes your stomach twist. A New York rescue operation was alerted to a dog in a park. She was being fed by the person who found her, but she wasn’t leaving. Apparently, the person who dumped her had left one of his t-shirts, along with her crate. She was still anchored to his scent even though the man was never coming back.

Some people may scoff at this and say, ‘How could she savor something from a person who treated her so badly?’ Let’s not forget that dogs are not the only species who can be irrationally attached to people who abuse or abandon them. Just look at a stack of Special Victims Unit files. A person could be beating someone nightly, but they would still find a reason to stay. A psyche, be it human or dog, can be extraordinarily complex. The good news is that she was rescued and accepted the help. Some don’t, and that’s tragic.

For some reason, I’m reminded of one of the saddest episodes of TV I’ve ever seen. It was on ‘Futurama,’ which was about a guy who got stuck in suspended animation for 1,000 years. The show was a comedy, but there was one episode that showed his dog, Seymour, which had been left behind. The dog waited patiently for him for the rest of his life. He died hoping his master would come back. That’s just devastating for an animated TV show.

Videos like this are not good for my blood pressure. I hope that someone who knows that scumbag shows him this video and makes him feel about an inch tall. He doesn’t even deserve this dog’s loyalty in his absence. He’s not worthy of any loyalty from anyone at all. The video doesn’t give any details about whether Lily was adopted or not since the rescue, but I sincerely hope so.

This video made me sad but hopeful that Lily would find a new home. How did it make you feel? Let us know! 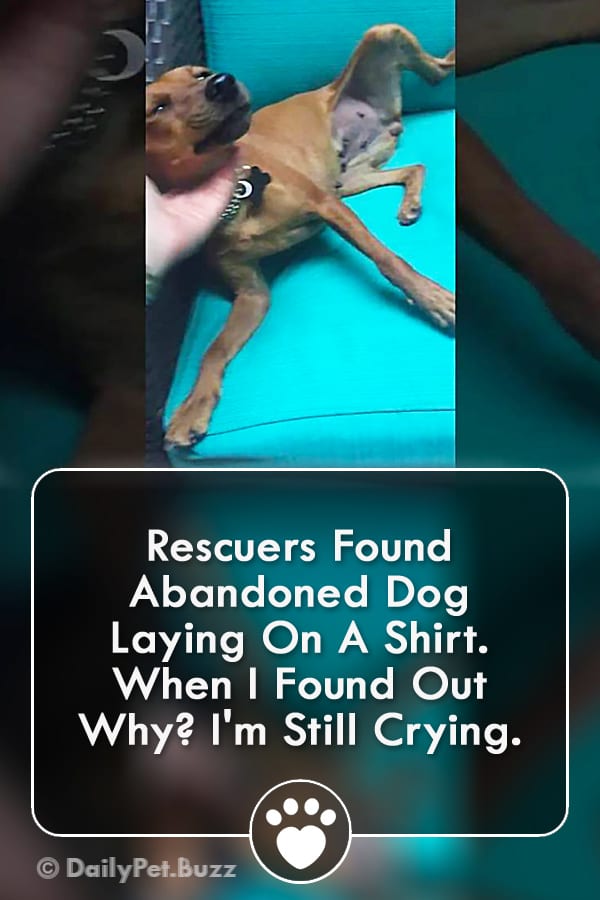