Can you think of anything cuter in this universe than puppies and kittens? Babies and little kids are up there, for sure, but I think that the pups and kitties co-share the crown. There’s just something about their fluffy innocence that reduces us to puddles of goo when we watch videos of them or are around them in person. Count how many times you say, ‘Aww’ while watching this video. I had 10.

What we see are two of the cutest kittens and puppies ever. One is a golden retriever pup and the other looks like a domestic shorthaired kitten. We got our cats when they were older at a shelter, but they looked like this when they were younger. They resembled the kitten, that is. I would be worried if they looked like a puppy. Anyway, the duo here are getting along famously with each other.

The two of them seem to have assigned duties. The puppy is the licker. He must keep licking the kitten for as long as he can. The kitten, on the other hand, is the sniffer. She must ascertain every single odor that is emanating from the puppy. Who can blame then? They are meeting each other for the first time and dogs like to taste everything and cats like to smell. Hopefully, they will have a long-lasting friendship.

Let’s be honest. We could watch five hours of this thing looped and we wouldn’t mind a bit, would we? C’mon – anything involving puppies and kittens that look like this? Forget about getting any work done. I think our bosses would likely understand too. ‘Why isn’t the report for Friday finished? Oh – you’re watching that video? I can see why. OK, you have until two months from now – ‘ OK, I might be dreaming on that count, but it’s still a nice video.

Who did you think was cuter – the puppy or the kitten? I had a hard time choosing between them, myself. Let us know in the comments section. Also, please ‘Like’ us on Pinterest. 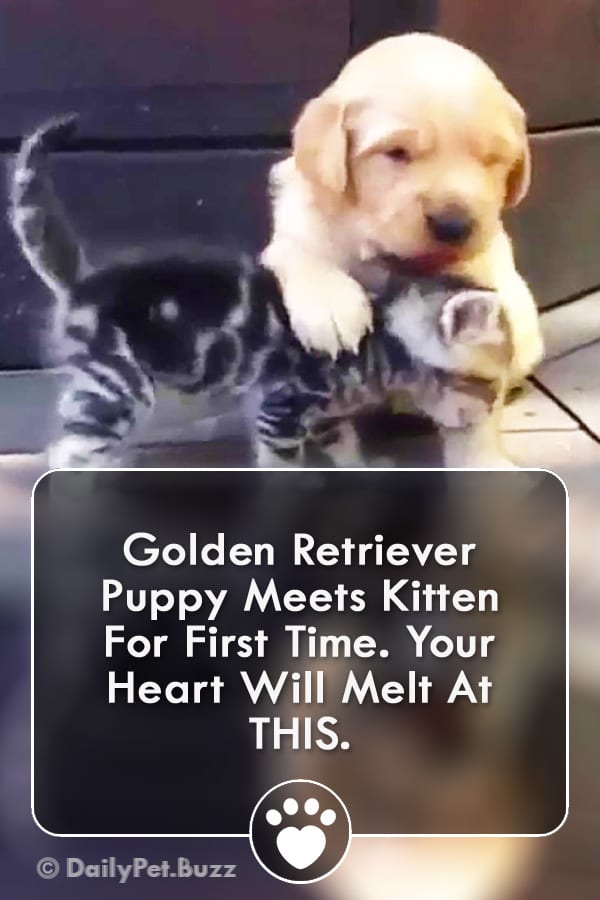