When you work in the television industry, you have to be prepared for just about anything. When filming animals, this is especially true because they are unpredictable. Things can get really crazy when animals get involved whenever a camera is rolling. But, you cannot help but laugh when something like what you will see in this next clip happens on a job. It’s really hard to stay composed when you get distracted behind the scenes, but his horse breeder and cameraman try their best to stay composed and ignore what is happening in the background with one of the horses.

Cameraman Greg Harriott was put to the test in the most hilarious way when he was filming an interview with a horse breeder at his ranch in Santiago, Chile. He tried his best to stay steady with the camera but this horse just wouldn’t let him. One particular horse became, well, a bit infatuated with the cameraman and there was nothing he could do to shake him off. The horse started licking Harriott quite enthusiastically and made it impossible for them to continue with the interview. Watch this totally hilarious video if you need a good laugh today. People don’t often think of horses as having a sense of humour, and maybe this one didn’t mean to be funny, but it seems to me this horse really understands the meaning of ‘horsing around’ and we are lucky enough to see it.

Watch the video. What did you think? Let us know in the comments!! We’d love to hear from you! 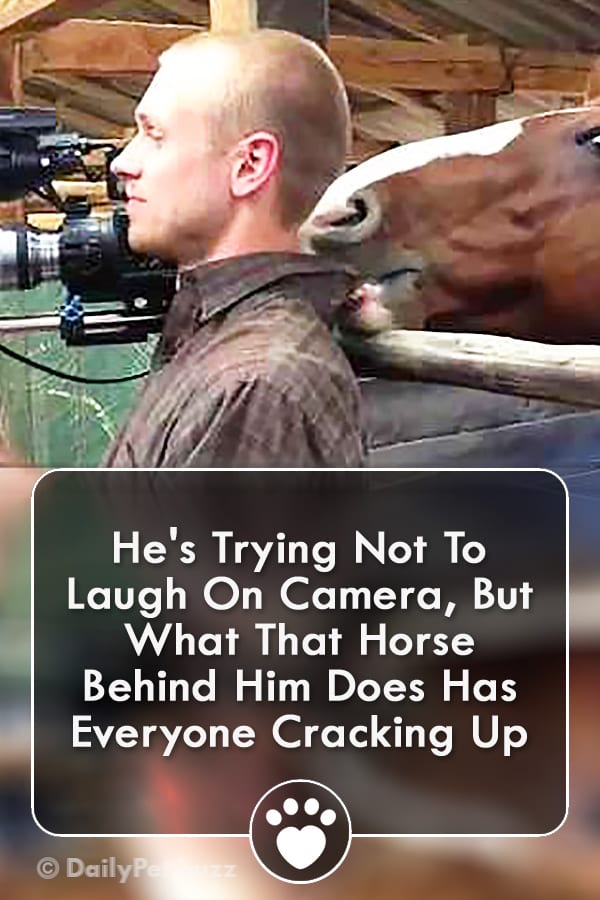