New parents have a lot to look forward to. The culmination of the nine month journey turned into a nightmare for the young parents. Melissa McMahon and Simon Boisclais were cuddling their newborn in their hospital room in Quebec, when a nurse walked into their room and took the baby away, stating a routine check that had to be carried out. The parents trusted the woman in the nurse’s uniform but within 13 minutes, an alarm was triggered and the cops were called to the scene for the kidnapping of the child.

Little baby Victoria was kidnapped and the police had no idea on the identity of the woman. This is when the new dad stepped up and posted pictures of their baby and the kidnapper on his Facebook page, with an appeal for help that quickly spread like wildfire. The kidnapping featured on news channels and social media which attracted the attention of young adults who decided to do their part in the rescue of the infant.

Melizanne Begeron and her friends decided to drive around in search for any signs of the stolen child until a friend recognized the identity of the fake nurse. Being one of her old neighbors, the cops were alerted who then rushed to the woman’s house and the baby was rescued. Amazingly, it was only 3 hours from the time of the child being kidnapped to her rescue which reveals the dedication and willingness of the people to help in the area.

This is when baby Victoria was safely delivered to her distraught parents. The ecstatic mother, Melissa thanked the anonymous people who shared the photo of her baby and the kidnapper on social media, making the capture and rescue possible within such a short time frame. ‘Every click, every share made the difference’ , she wrote on Pinterest.

I loved how the community rallied together in times of need and this video also taught me an important lesson ” to always be vigilant with everything pertaining to a child’s care and also to appreciate the power of social media. What did you think of the video? We’d love to hear from you in the section below. 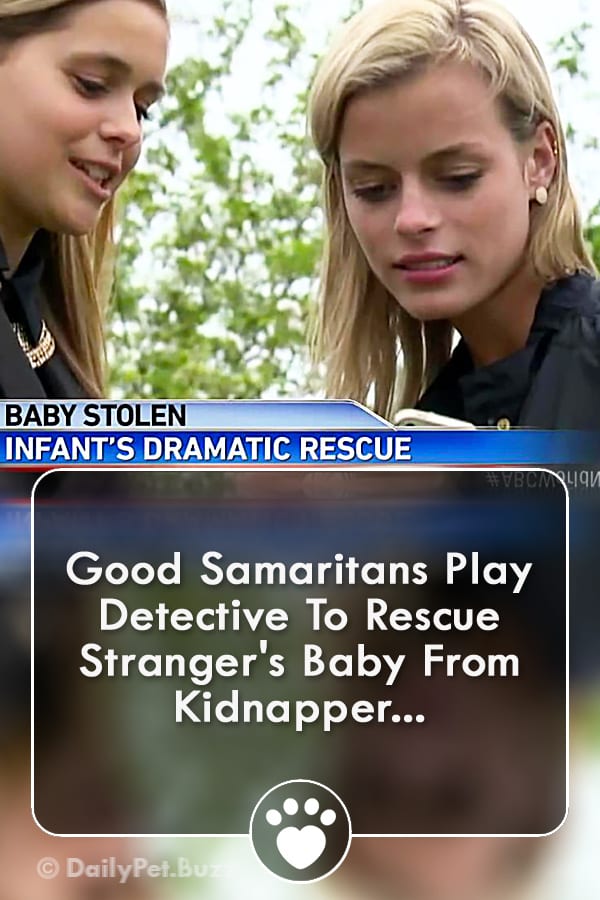