You might think that horses spend their days just standing around munching on hay. Nothing could be further from the truth! A silly horse proved once again that if you’re a television cameraman, you have to be prepared for anything!

Richard Wiese grew up on Long Island but left for a career almost anyone would envy: he’s a professional explorer. He’s been to the far corners of the world, including Antarctica, East Africa, and the Yucatan Peninsula (he tagged jaguars there, incidentally). He was also the host of “Born to Explore with Richard Wiese,” a Saturday morning TV show on ABC that was later distributed around the world by National Geographic. The show won Emmys as well as a Parents’ Choice Gold Award.

It was while filming an episode of “Born to Explore” at a ranch in Chile that cameraman Greg Herriott fell victim to a frisky horse. Fortunately for us, the show’s producer was there and captured it all on his cellphone! While interviewing horse breeder and trainer Gonzalo Vial, Weise said of a horse standing between them, “Typically when I meet a horse, it is not so calm, like this. This is a very gentle horse.” Perhaps that particular horse was impeccably well mannered, but the same can’t be said of the one standing in a stall behind the cameraman. This other horse, named Chunchun, was quick to rest his chin on Herriott’s shoulder. That was really charming but what he starts doing next has to be seen to believed. You’ll find the video posted below.

A consummate professional, Herriot did his best to keep his composure while Chunchun persisted in his efforts to make friends. It wasn’t easy, though, not with a lovable rogue like this giving him a thorough going-over!

What did you think of this naughty horse? Friendly to a fault or perfect as he is? Let us know in the comments at Facebook and be sure to like and share! 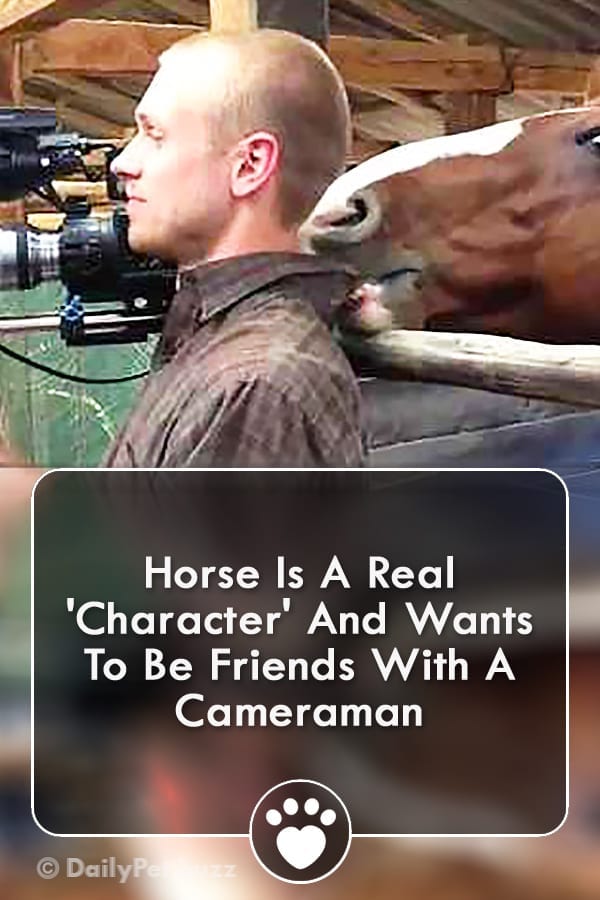