Ideally, Christmas is a time when friends and family get together and enjoy some holiday cheer and that’s usually how it goes. However, there is one potential source of strife: Christmas music! There are a few people who loathe any and all Christmas music with a passion. For others, Christmas music is a mixed bag. There are even a few eccentrics who want to hear Christmas music and nothing but for the whole season.

Some of our animal friends have an ear for music and they don’t hold back when it comes to giving their opinion. A fine example of this is a big, handsome Bullmastiff named Norman. We have no idea how Norman’s musical tastes run, to say nothing of what he thinks about Christmas music. Maybe a tender “Silent Night” or “O Come All Ye Faithful” can melt his little heart and make him curl up under the tree.

As you’ll see in the video above, Norman isn’t exactly impressed by his human dad’s caroling. The two of them were hanging out on the couch when dad launched into an utterly indescribable version of “The Twelve Days of Christmas.” We suspect eggnog was involved, but that’s really none of our business. In any case, Norman’s hilarious moaning and groaning makes it clear that he isn’t pleased. He also writhes around like he’s in pain: this dog is a serious music critic. Norman even tries using his own massive head to block his dad’s mouth. Clever dog!

You’ll probably agree with Norman on this one. Maybe you’ll even start demanding that they pass a law saying that only experienced professionals are allowed to sing Christmas songs. Norman’s dad thought of a really nice way to apologize to the entire world for his awful singing: the money he makes from this video will be donated to a local human society.

If you survived this “Twelve Days,” have a merry Christmas! Drop us a line in the Facebook comments to let us hear how you liked Norman reaction to dad’s singing. Don’t forget to like and share! 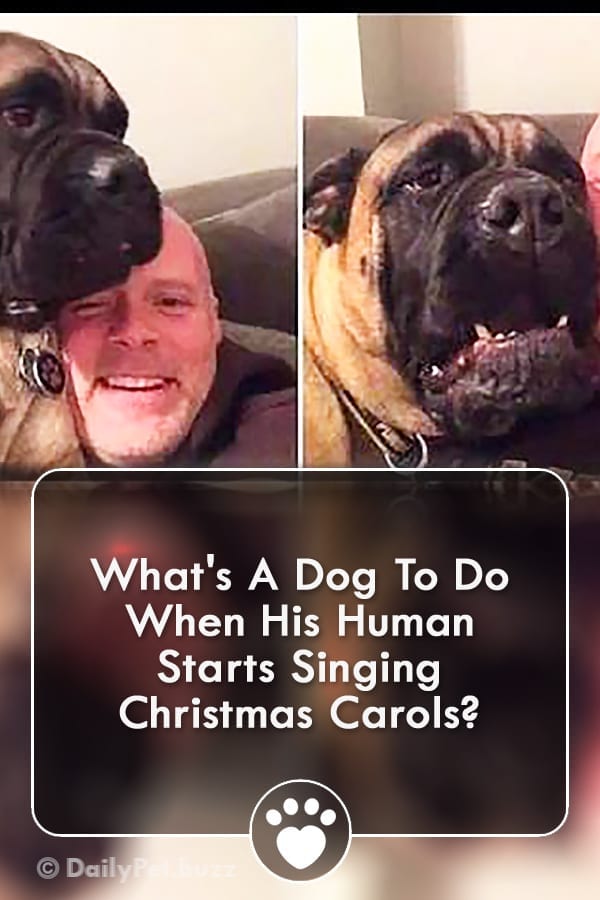