Chris Stapleton has been in the country music spotlight ever since his breathtaking performance at the 49th annual Country Music Association Awards. That night he went home with three awards, and part of our hearts.

Not long ago, while playing a show in Los Angeles with his good friend Justin Timberlake in attendance, Stapleton performed a mashup of his ‘Devil Named Music’ and Lynyrd Skynyrd’s ‘Free Bird’ . The combination was pure magic.

Stapleton has proved, over and over, how much he deserved all the awards from CMA, as well as his Grammy, his award from Billboard, and many others he’s taken home. This performance was no exception, as the talented musician’s keen ear for amazement shined through with every chord.

Not long after Stapleton’s CMA performance with Timberlake (which, if you haven’t seen, you need to!), his debut album Traveler rocketed to the number one album on Billboard Charts. His style, very southern rock meets old-school country, lends itself perfectly to Skynyrd’s ‘Free Bird’ .

‘Devil Named Music’ comes from Stapleton’s debut release, and hearing him weave together this amazing song with Skynyrd’s beloved classic is a treat you won’t want to miss.

Watch Stapleton perform his heavenly mashup in the video above! What did you think? Leave us a comment, we’d love to hear from you! 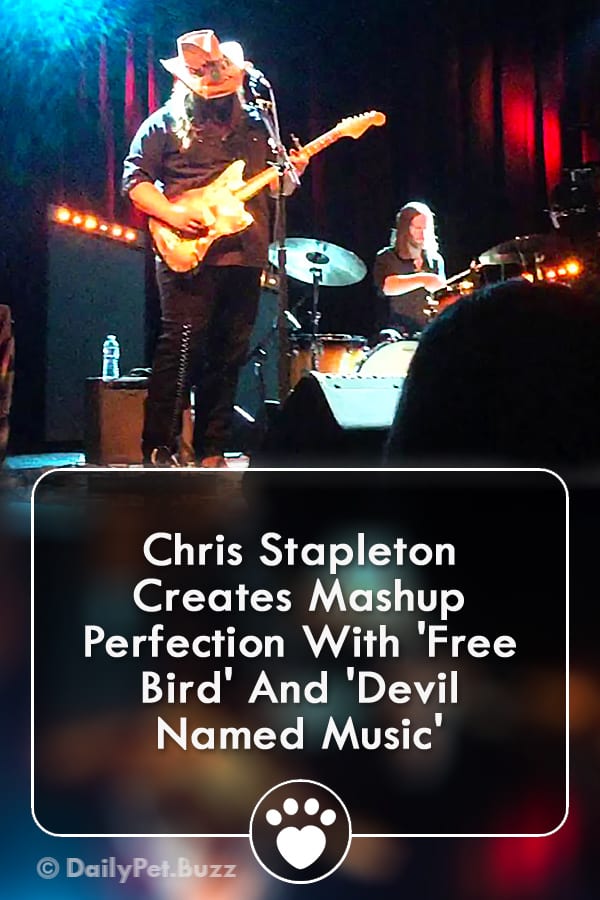