You probably have seen a lot of videos about dogs, and even cats, that have learnt the art of speaking. Especially huskies are known to imitate human noises the most out of all dogs. Those types of videos are always an enjoyable treat to watch and it never fails to crack you up even in the gloomiest of days.

This is one similar video and it is riotous. A group of people come by and say ‘hello’ to their neighbor’s dogs. Wait till you see one of the dog’s reactions! You say hello and he says hello right back at you! And the way he is says it is hilariously amazing!

There are two dogs, a big one and a smaller one, who looks like a French bulldog maybe, and they are standing at the gate to the back yard. I guess one of the neighbor’s knows what the smaller dog’s response will be and decides to film it. The neighbor says hello, but he says it almost like he is barking.

At first, both dogs look at him like he’s crazy. But then, the neighbor says ‘hello’ again and the smaller one responds! He says hello! It sounds just like he’s saying hello and it’s amazing. I know he’s just barking and that’s probably the way he barks all the time, but it’s still really funny. The neighbors sure are getting a big kick out of it.

Watch this funny clip above and let us know if you have encountered any animals that do similar things! 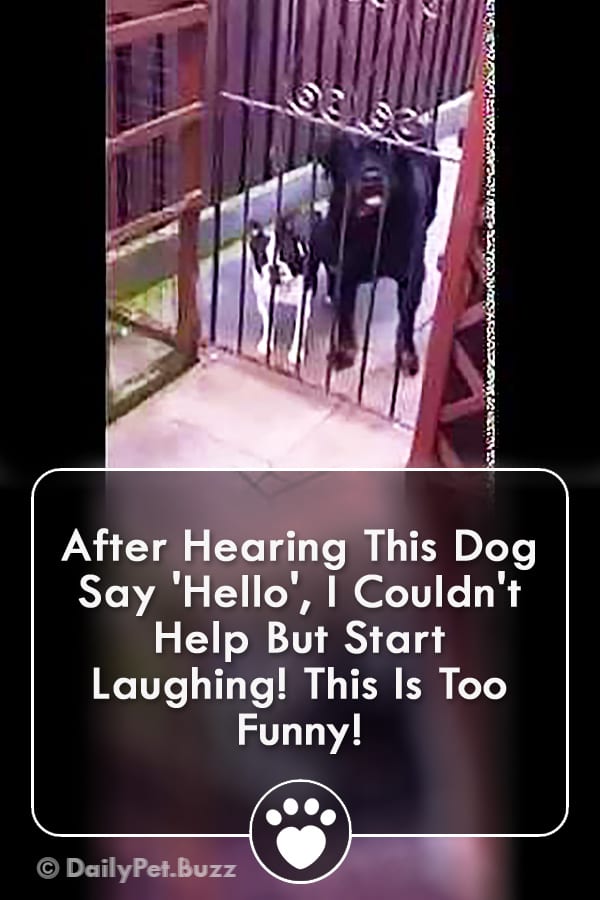