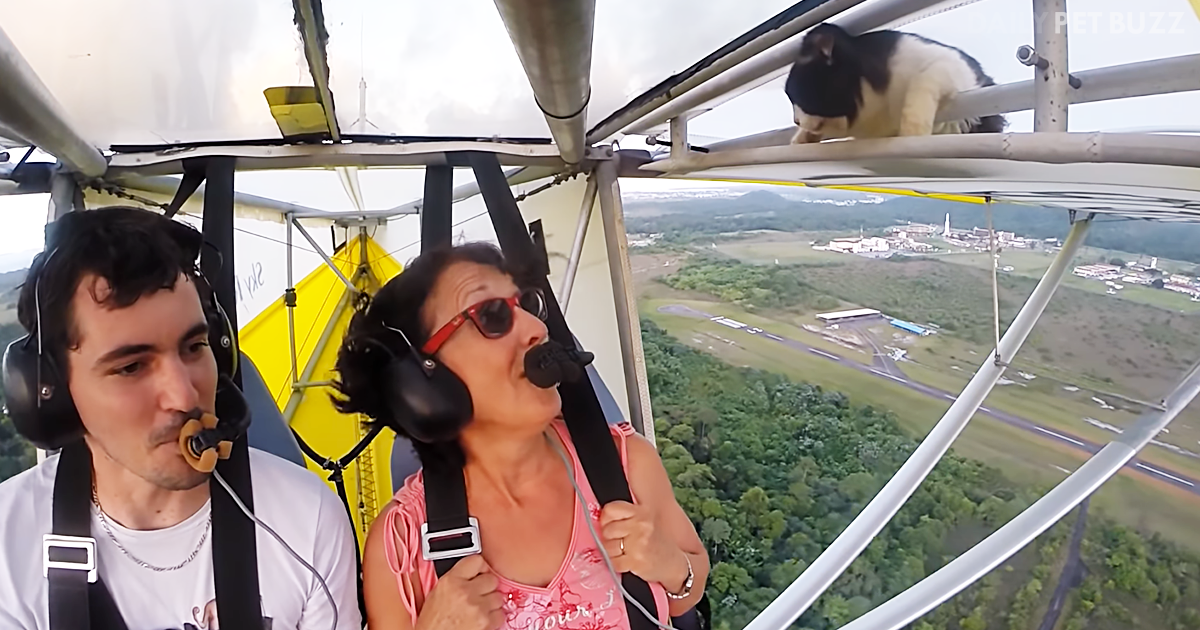 By far, this has to be one of the craziest stow-away stories I have read, and having the video makes this story even better. You will not believe this silly cat and where she stowed herself. And don’t worry, we wouldn’t be showing you this if we didn’t have a happy ending.

This is surely something you don’t see every day. Imagine you’re on a plane, you look to your left and all of a sudden a cat is looking at you from the wing? The pilot of a very small two-seater light plane noticed the airfield’s mascot kitty clinging to the frame of the openwork aircraft just after takeoff and safely returned the frightened cat to the ground.

Amazingly this was all captured on video! Pilot Romain Jantot uploaded the video, writing: ‘A standard flight until – I still don’t know if it got in after the pre-flight check or if I missed it. The cat is doing well; she is still our mascot.’

As you can see in the video, Romain spots the cat and glances over to check on him several times while landing the plane. The cat allows himself to be helped off the plane, then makes a quick exit to applause from onlookers. Crazy stuff! 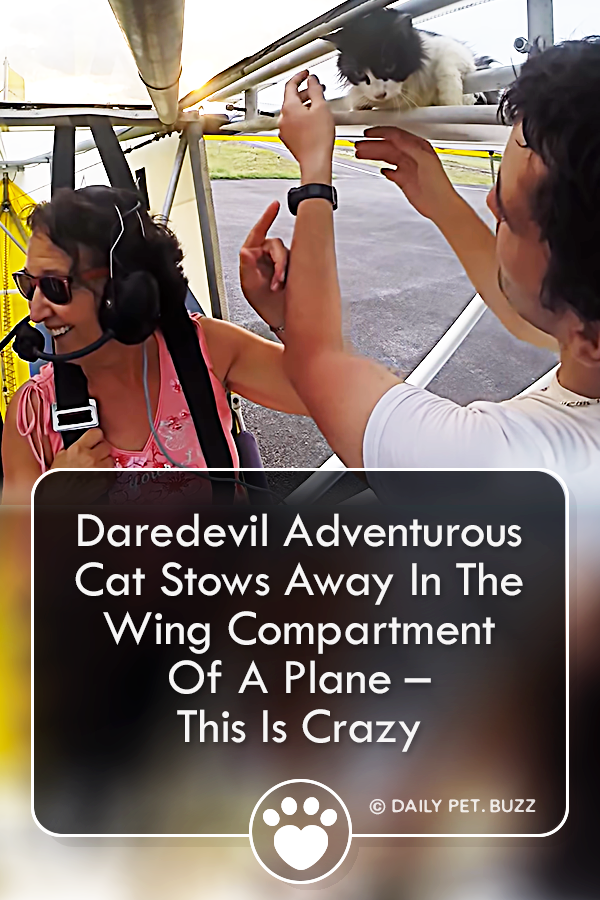