Dogs are enthusiastic and lively, but sometimes all they want to do is to lie down on the couch and chill out. Maybe watch a movie or two. They are like us too! No one can always be full of energy. Sometimes you got to lay low for a while before you start destroying the furniture again! Why don’t you understand that humans? This little Frenchie knows it and just can’t seem to make his humans understand.

This adorable French bulldog just wants to get on the couch, like his humans. He wants some time to comfortably relax on the couch, but the owner refuses him that privilege. So he starts delivering some cute performances. I couldn’t hold back my laughter when he started SPEAKING with his owner towards the end!

At the beginning, this French bulldog puppy has his front paws and his chin on the couch, just looking at his owner with that pitiful look in his eyes, pleading to be allowed on the couch. I don’t think he’s figured out how to jump up there yet and he’s still a puppy. He inches his way along the couch like this making the cutest puppy noises.

Pretty soon he starts to get really frustrated and more vocal. It sounds like he’s asking his owner, begging him, to let him on the couch. It’s pretty cute, and so is this puppy, who hasn’t quite grown into his ears yet.

Watch this funny video above! Have you experienced something similar with your dog? Let us know in the comments! 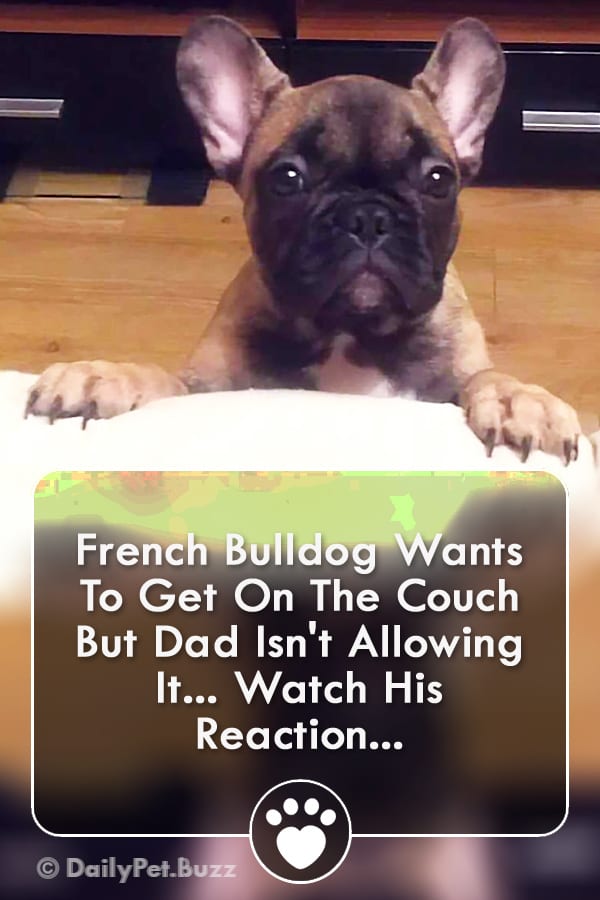