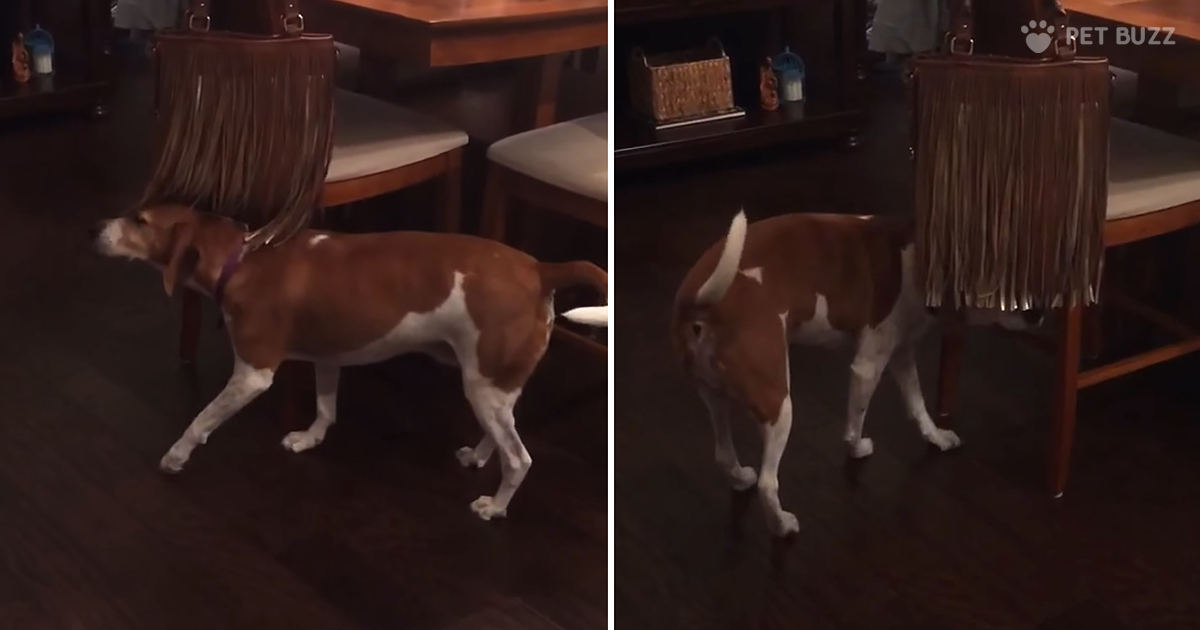 It’s always fun to watch animals find ways to relieve themselves of a persistent itch. This is when they’ve sat and scratched for quite some time and there’s no end to the madness for them. Like people, they cast their eyes around and can find some unusual things, ranging from desks to books to boxes. But I don’t think many of them would think like the pooch that we see in this video.

The video shows a beagle who is walking back and forth under a leather purse that has a lot of fringes on it. The dog is in heaven, having found something that makes him feel good. It sure beats having to roll around on the floor and the purse is doing the vast majority of the work for the pooch. He doesn’t even have to bother anyone to have them hold the purse ” it’s already slung over a chair for him.

At first, I thought the video was in slow motion. No, the dog is moving that slowly through the fringe to feel every bit of it as it rubs on him. It’s funny, there are some angles that make it look like it’s going through a car wash. The only thing missing was the soap and suds as it made its way through. In any event, it’s a very content dog, though I’ve never seen anything like that happen before.

Dogs can find the strangest things to scratch an itch. I’ve seen them use the corners of a wall to satisfy an urge. I’m waiting for the day when they realize how to use a backscratcher. That will be the day that I realize that they have become a far more advanced species than we have and I will welcome our dog overlords. Well, they would probably have to go through cats first to become supreme rulers – 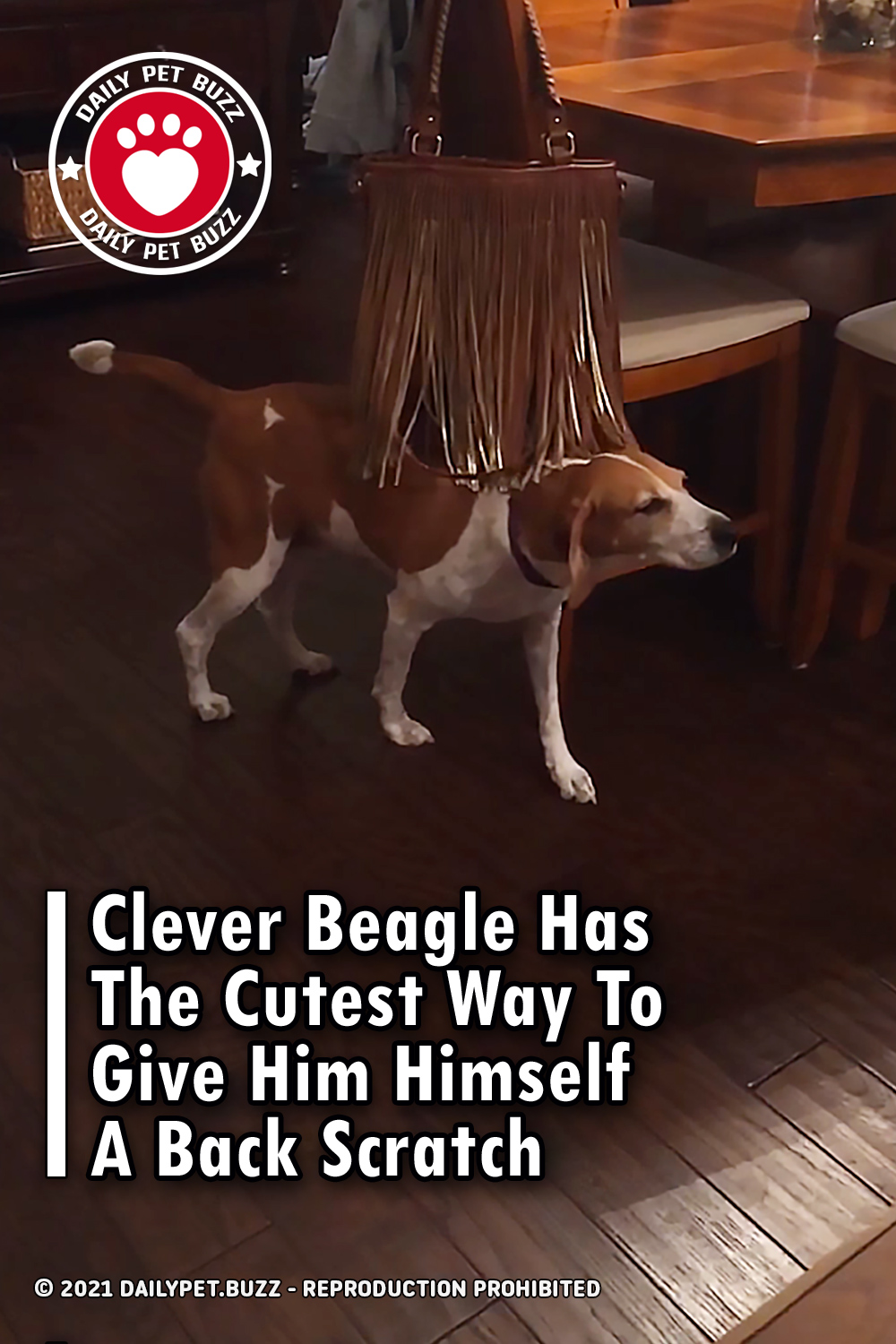