Dogs do crazy things. My miniature schnauzer had a bad habit of barking at really large dogs from a distance and then trying to climb up my leg when the dog got closer. It’s like she had no ability to judge size from a distance. She must have thought she could climb the Empire State Building after looking at it from 40 or so blocks away. Here’s a video of a dog who gets way too eager for her own good.

We see the front of a kayak with a dog on the front. She’s looking intently out at the water. All of a sudden, a dolphin breaks the surface. Well – this doggie wants to go meet Mr. or Mrs. Dolphin RIGHT NOW. She leaps off the kayak and starts swimming after the dolphin, who hopefully is not playing the role of siren luring this dog to her doom. There seems to be a cruise ship in the background.

The video ends with her mommy yelling ‘Gracie!’ after her as she paddles toward the dolphin. It’s a very short one that hopefully doesn’t seem to signal that something bad happened to Gracie. I don’t think the mommy would have sent it in if it was tragic. Imagine doing that for something like ‘America’s Funniest Videos.’ The host would be like, ‘Uh – the dog died? Let’s get rid of this contestant.’

If this were an old-time serial movie, here’s where we would hear a voiceover: ‘Gracie has plunged into the water to chase after a dolphin! Is it safe? Will Gracie make a new friend or find her doom? Will her mommy get to her in time? Join us next week for the next installment of ‘Gracie Adventures!” There was nothing in the YouTube video description about what happened next, but I hope all turned out OK .

Have you had your doggie do something as insane as this? We’d love to hear all about it in the comments section below! 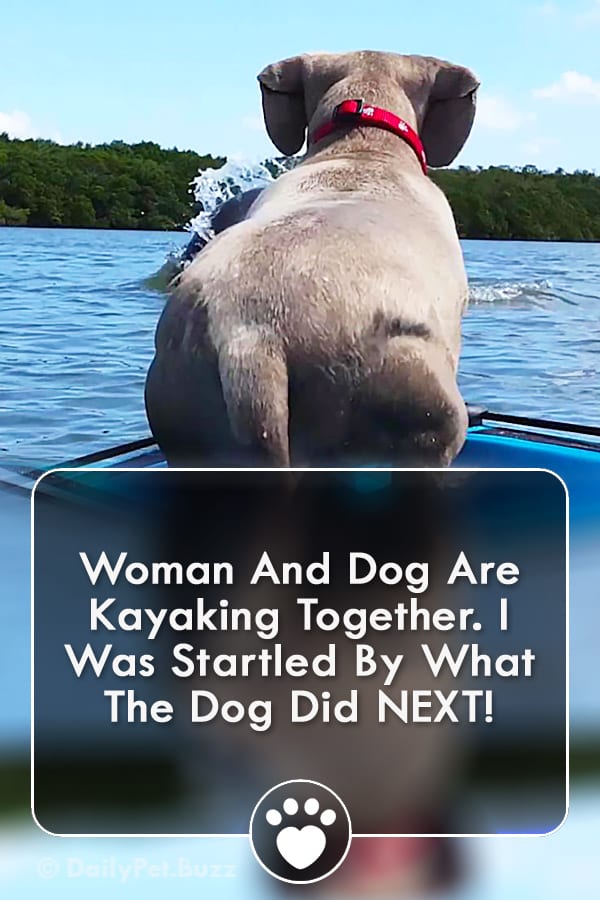