If you’ve never been a dog parent yourself, you probably don’t understand the level of loyalty and devotion that they can feel for their human friends. It’s one of the most amazing things that anyone could ever witness. It’s only after raising a dog yourself and caring for him every day that you actually understand just how important humans are for them. It’s as if they were their whole world.

This love that dogs feel for their human friends can be seen very clearly in the video that we brought today to show you. A man is seen after he fainted on a busy street in the city of Guizhou, in China, and his dog never left his side. The poor dog seems to be confused, but confident and certain, and he tries to comfort his friend when he needs him the most.

He barks at anyone that comes close and protects his friend at all costs, and when the paramedics took him into the ambulance, he was right there insisting that they took him with his friend. I’ve never seen such a determined and loyal dog face a difficult situation so fiercely!

Watch this heroic and loyal dog in the heart-melting video above. 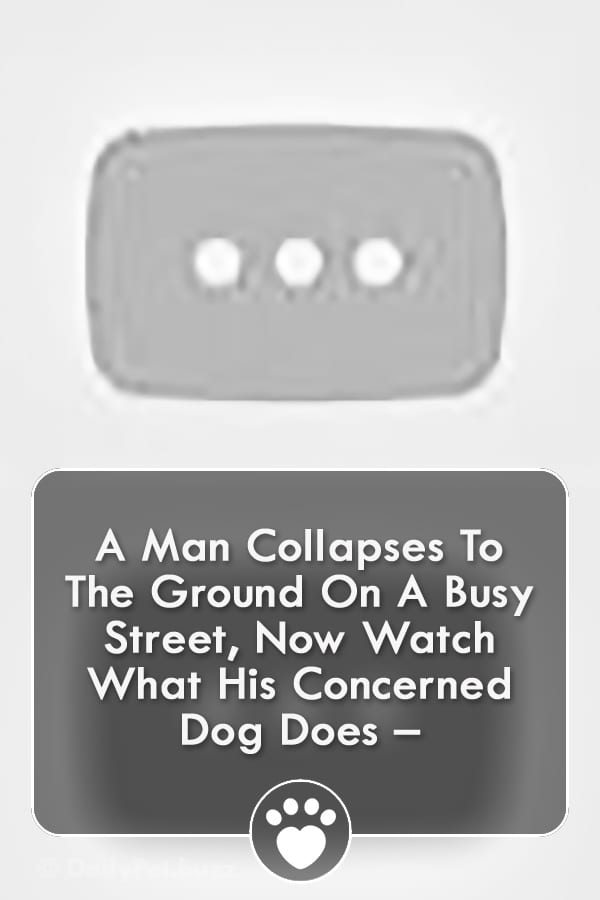