It’s no surprise that Heidi Feek is quite a talented young lady. With a dad like Rory Feek and a stepmom like Joey, she has had a lot of positive musical influence in her life. Joey+Rory are an ACM award-winning duo, and that kind of talent often gets passed on to the kids.

When Feek released her solo album, The Only, in 2013, it caused quite a stir in Music City. The young singer leans heavily on an R&B influence, which has taken plenty of people by surprise.”Sometimes, the lady who runs their [Joey+Rory] Facebook will post about my new video and ask people to check it out, which is really nice because they have such a large fan base,” she tells Billboard.”For every 30 people or so that seem to love it, there’ll be one that will say something like ‘she’s just like Miley Cyrus.’ Some people aren’t going to like it.’

While Feek admits that her music is influenced by Marty Robbins, Willie Nelson, and Elvis, she has no intention of going the traditional country route.

Watch Heidi Feek’s country wester/R&B medley in the video above! What did you think? Leave us a comment, we’d love to hear from you! 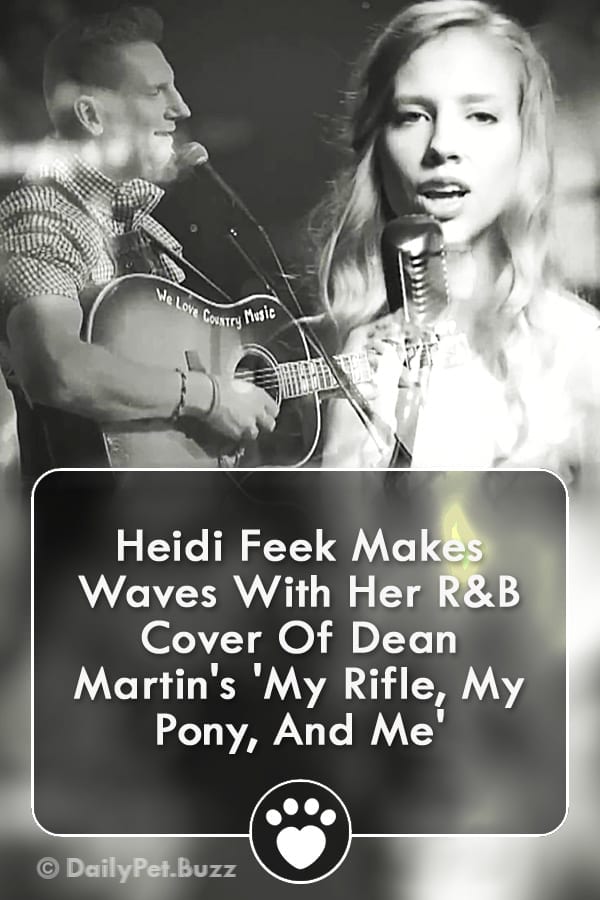