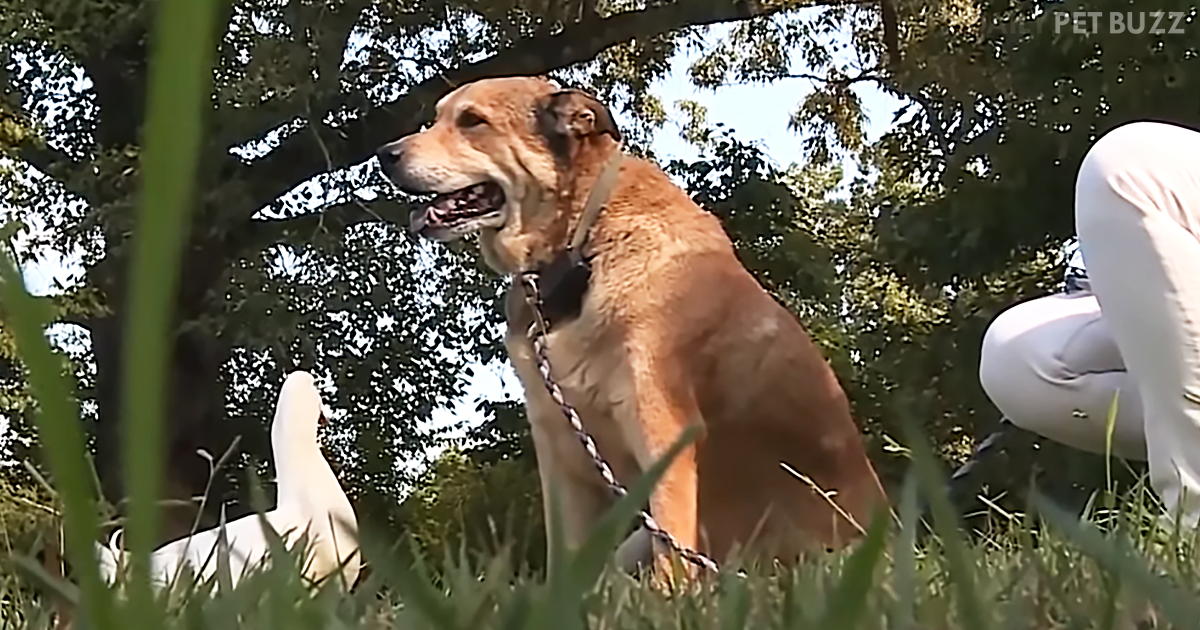 For twelve very happy years, George, the dog, enjoyed the company of his best friend in the whole world, a black Labrador named Blackie. The two canine pals were inseparable until that sad day when Blackie passed away.

Losing his dear old friend sent George into a deep, dark depression. It was so bad; he nearly died twice. His appetite vanished, and it was hard to get him to eat anything. George also became extremely anxious, obsessively chewing on his own skin. He spent entire days walking around in a haze of sadness, crying and whimpering. It was as if the grief-stricken dog had given up on life.

For his human mom, Jacquie Litton, seeing George suffering like this was heartbreaking, but try as she might, nothing seemed to cheer him up. One day, almost two years after Blackie passed away, Jacquie looked out the window to check on George. As she expected, he was lying on the porch, but there was also something she would never have expected to see: a big white duck was sitting right next to him.

George had never liked strangers, but it soon became obvious that he and the duck, named Donald, had become fast friends. Donald now follows George everywhere. They two even snuggle up together at nap time.

For Jacquie, having a duck in the house has sometimes been trying; ducks can’t be housebroken. But she couldn’t be happier about the effect George’s unusual new friend has had on him. George is finally showing signs of being happier and in better spirits. George and Donald are such an unusual animal duo that they made national headlines. We’ve posted a report from CBS News for you below. You’ll see the dynamic duo in action and hear from their human mom Jacquie. 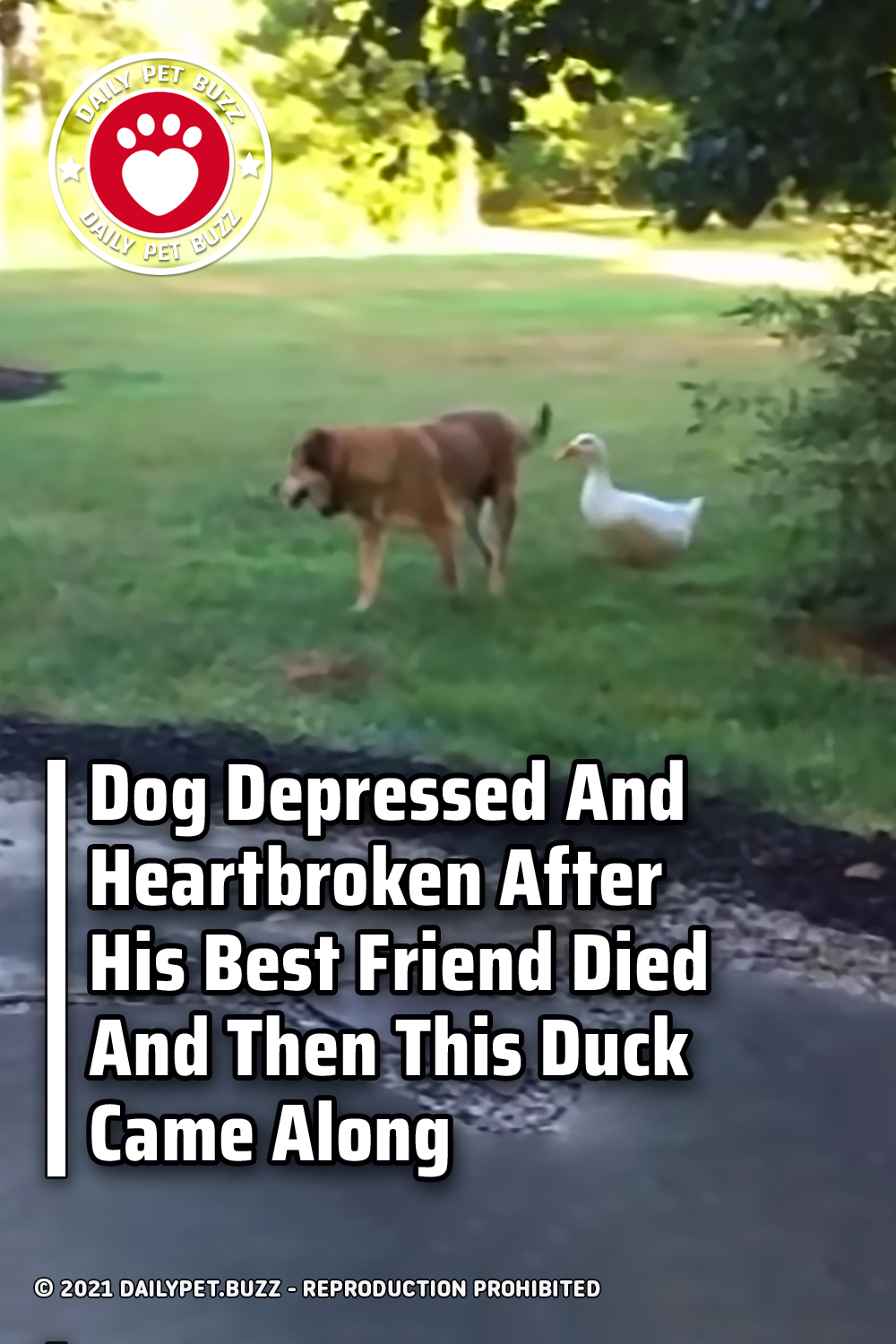