This sweet Orangutan seems to have a great future ahead of him as a baby sitter. He lives at the Myrtle Beach Zoo in South Carolina where there he has become quite attached to some baby cubs. The Orangutan has taken it upon himself to care for the baby’s and seems to enjoy the task even if he seems to have his hands full doing so.

After watching the workers at the zoo care for the baby cubs by feeding them and playing with them the Orangutan wanted to do the same. So, the zoo workers decided to give the Orangutan a shot at doing the job. The outcome: the Orangutan seem to actually bond with the little guys!

He also seem to be up for the task of feeding one while keeping the others occupied. He certainly was able to handle the active little cubs with his long arms! It’s obvious that a bond has formed here. Now whether that bond remains as the cubs get older is another story. But for now this Orangutan seems to be having a great deal of fun with his little companions.

Watch this video of unlikely friendship then let us know what you thought of it by leaving your comments below. 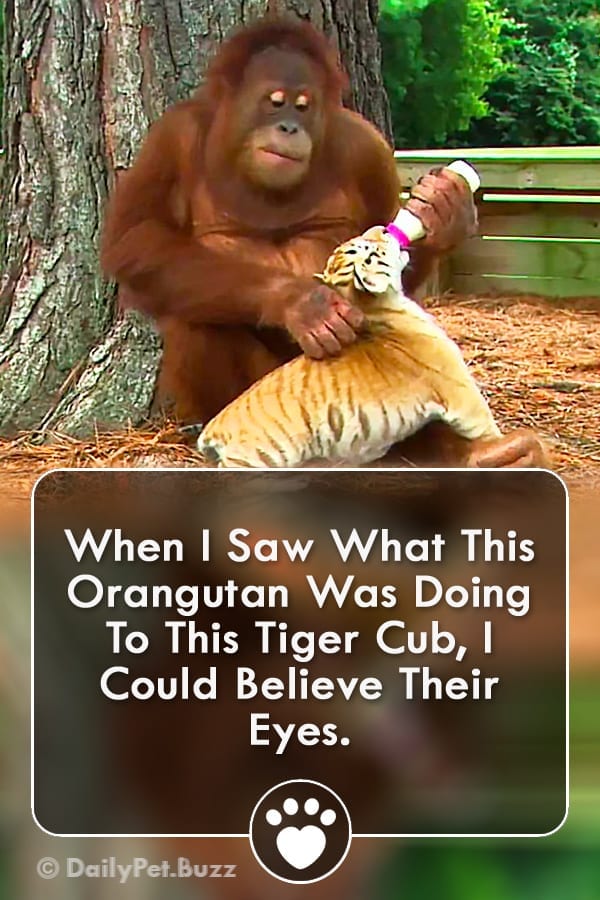