Horse owners and horse lovers will surely relate with this video, but for those of you who are looking for a good laugh will absolutely LOVE it as well!

An interview was taking place between Richard Wiese and Gonzalo Vial who is a horse breeder located in Santiago Chile for the show ‘Born to Explore with Richard Wiese’. The interview itself was happening, but what took attention away from the interview was when someone started horsing around.

Captured by Andy Ames who is the producer/ director of the show, the video went viral getting over 1.7 million views on YouTube. Probably wanting some attention himself, one of the horses in the stable started hitting on the cameraman Greg Harriott!

A sign of true love, the horse started licking Greg and even going so far as to bite his ear and neck! Of course, Greg was as professional as ever, keeping the camera rolling even though Chunchun the horse was doing his best to distract him.

It’s almost like the horse was saying, ‘hey ” the true star is standing right behind you! Why are you filming him!!?? Look at me, LOOK at meeeee!’ Being professional even with such distractions is part and parcel of the job, especially if you’re shooting live, but this hilarious situation does take the cake!

I wonder how anyone could concentrate on the actual interview ” I would have been rolling on the floor laughing my butt off! I hope the horse got the loving and attention he wanted after they were done filming ” he certainly deserved it!

LOL! Has your pet done anything hilarious like this to get your attention? Or have you been in a comical situation at work because of an animal? Write in and tell us your stories in the section below ” we love laughing too! 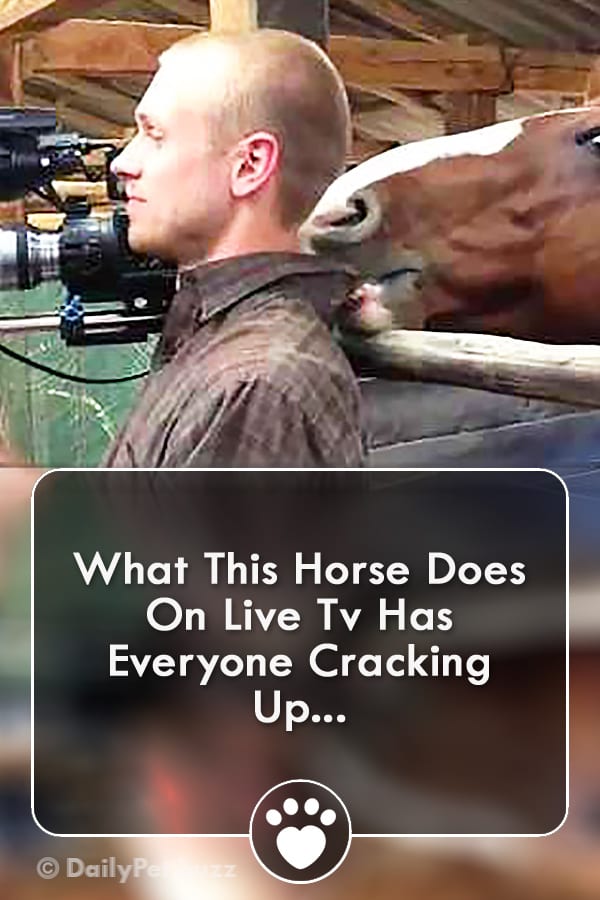