Normally, when someone has to rescue a stray dog, it is not that easy. When they try to, some of the conditions they are found in make it particularly difficult. Stray dogs have been through a lot. Sometimes this suffering has been inflicted by humans. A fear for humans normally develops making their rescue much more difficult.

When rescuing a stray dog, one thing that has to be considered is the age of these dogs. While it may be difficult for puppies to survive on their own, senior dogs have the same problems. That was also the case for Helen. She is a senior dog in India. She was alone on the streets. She had several problems like mange, starvation, and thirst. She was in really bad shape.

She could not even stand on her own when she was rescued by India-based rescue group Animal Aid Unlimited. They were ready to do everything they could to save Helen. They went to get her as soon as they received word of her condition. By the time they got there, they thought she was dead already. She was not able to lift her head to look at them.

The rescuers try to win Helen’s trust by giving her food. Then they covered the dog with a blanket. That made it easier for them to pick her up. It also made it safer because of the mange. They wonder if they are getting to her in time. Because of her condition and her age, she would howl in pain every time they touch her.

Once they get her back at their facility, they examine her. Her condition is a lot worse that they imagined. They try to ease Helen’s pain with antibiotics. She was not making much progress. It had been weeks since she’d had a full meal. Getting her food was not turning out to be easy.

Once Helen figured out that they didn’t mean any harm. She started to nibble on her first meal. After a while, she was eating up everything she would get served. Her hope and trust in people might have started to change. Was she ready to start recovery?

Once Helen finished all of her food, the rescuers started to work on her skin. The rescuers try a lotion to help with her skin. Two days later, she got her first shower. They were very gentle. They also treated her dehydration with an IV. Her condition was a little better than before, but the rescuers doubt that she will truly be better. Would she make it? 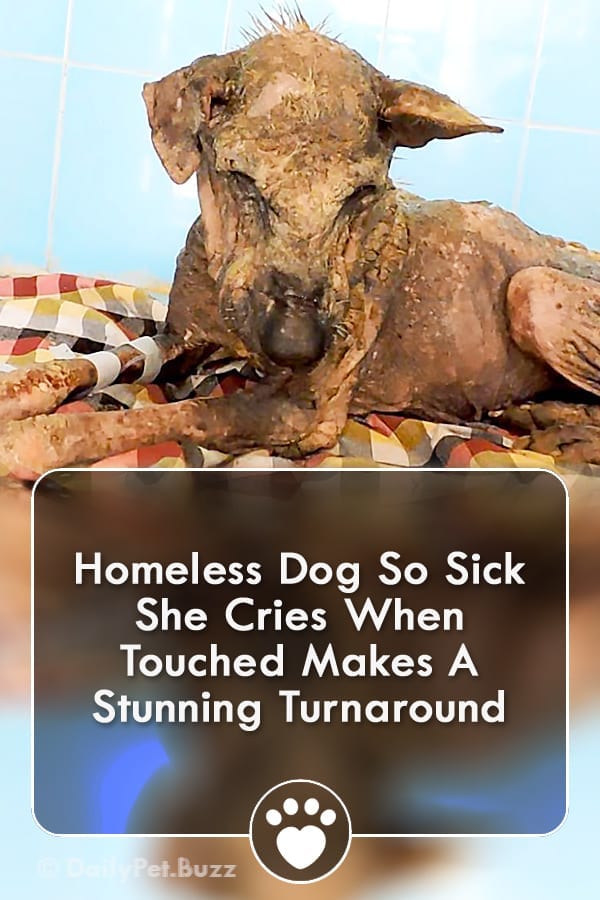